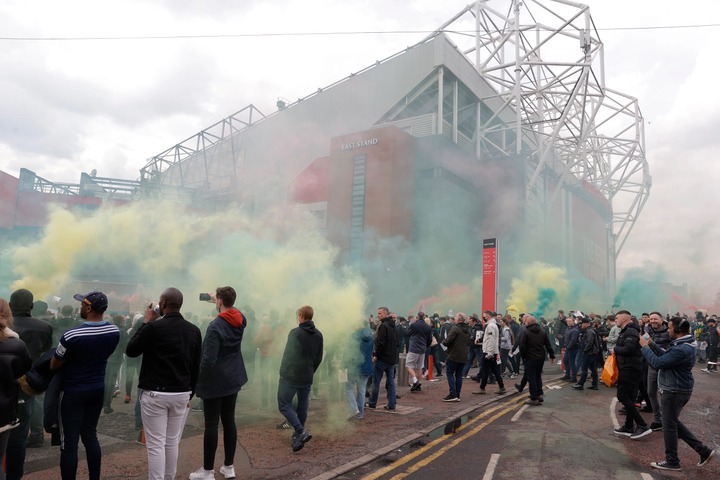 Furious Manchester United supporters storm Carrington training ground forcing the players and club staff to halt their duties. The raging fans held high banners reading 'Glazers out' as they demand the club ownership to step down. United who are currently seventh in the Premier League table is set to go another season without a silverware after being knocked out of the Champions League by Atletico Madrid in the round of 16.

Manchester United fans now want immediate action taken as they demonstrate outside the club's training ground. Manchester United was forced to intervene as police arrived at the scenes to stop the demonstrators from accessing the Carrington premises as chaos erupted. According to reports, a larger protest is set to take place on Saturday prior to the Premier League clash between Manchester United and Norwich in which the Red Devils will be hosting Norwich for the second leg of the campaign. 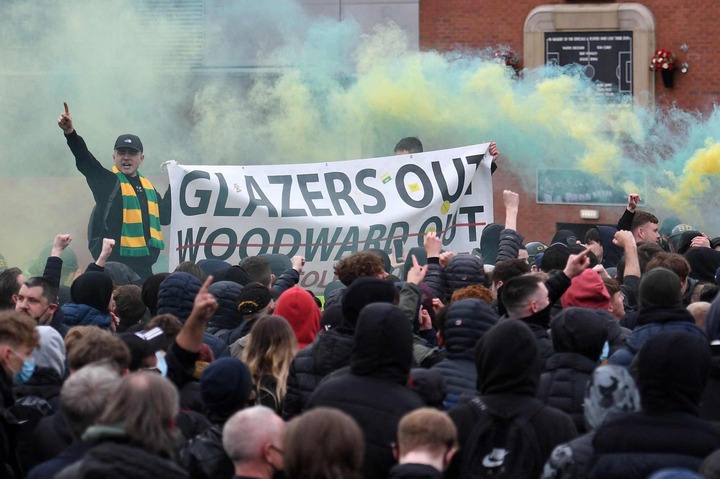 This is not the first time Manchester United fans are raging over club ownership, in 2020 the fans stormed Old Trafford prior to the big clash between Manchester United and Liverpool, forcing the Premier League to postpone the game. United are currently left to fight for a place in the Europa League after letting the Champions League spot slip off their hands as Tottenham and Arsenal contest for the fourth place in the Premier League.