By ExtrovertedIntrovert (self media writer) | 24 days ago

Man United have had a very slow start to the season in all competitions having lost three of the last four games in the new campaign. They started by losing in the UEFA Champions League away to Young Boys who netted a last minute winner. Aaron Wan Bissaka was sent off early in the first half limiting chances of a win despite United scoring early through Ronaldo. They have also lost to Westham in the Carabao Cup and most recent being against Aston Villa in the EPL at Old Trafford last weekend. 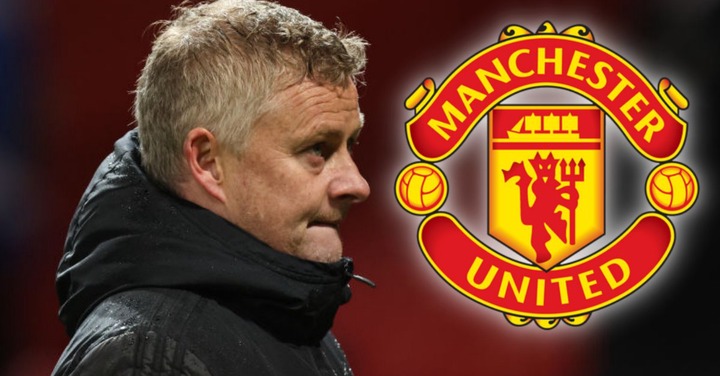 Despite having a slwo start to the season, the manager has received applause from former teammates, Rio Ferdinand. Rio has echoed Ole's man management saying he should be given time and things will gradually fall in place. 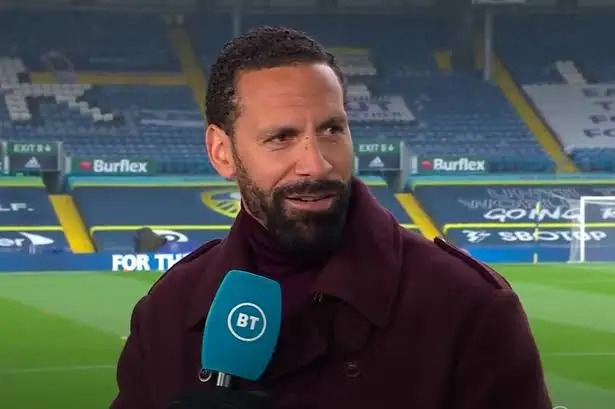 This is not the case to former EPL star, Gabby Agbonlahor who is not pleased with Ole's tactics. Gabby who is a former Villa man says, "Man Utd should sack 'not the man' Ole Gunnar Solskjaer and replace him with Antonio Conte." Gabby has criticized Ole's decision making after thrid defeat in four games. 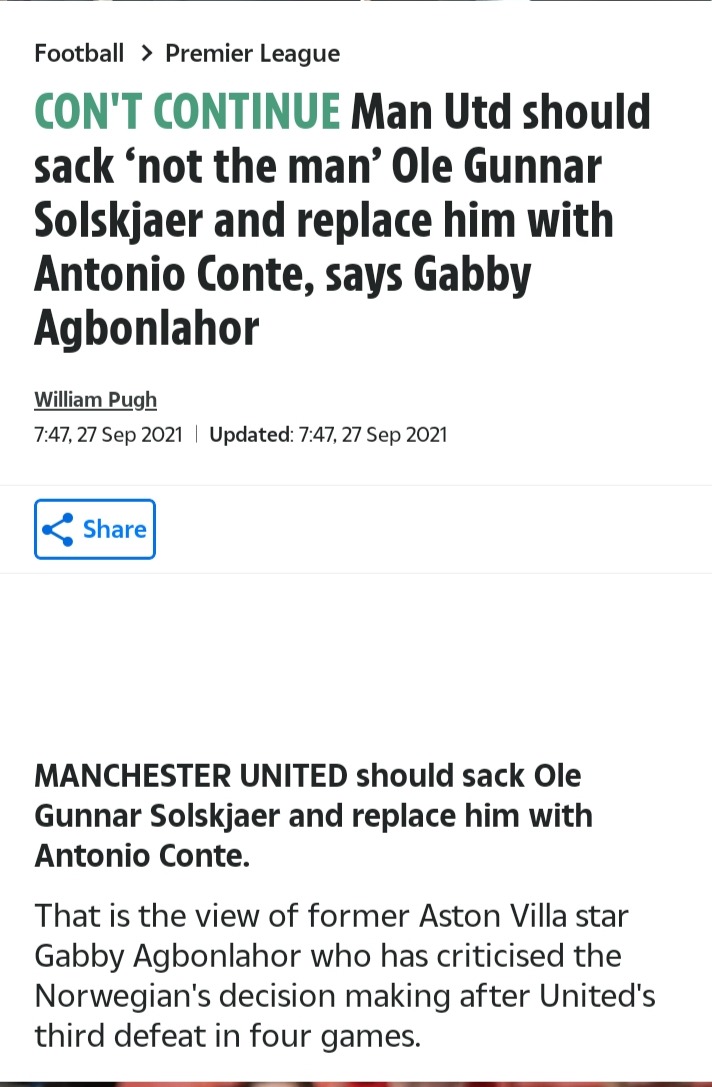