By Ec.sports.channel (self media writer) | 4 months ago

Two Kenyan referees are raising Kenyan flag higher in the ongoing African Cup of Nations in Cameroon. Gilbert Cheruiyot and Dr. Peter Waweru Kamaku are among the sixty three officials in the tournament, the pair have already been in action with the latter taking the center referee role and the former taking the assistance role in the match between Comoros and Gabon, a tie which which saw Gabon, less the Arsenal frontman Pierre-Emerick Aubameyang get all three points with a sixteenth minute goal from Aaron Boupendza. 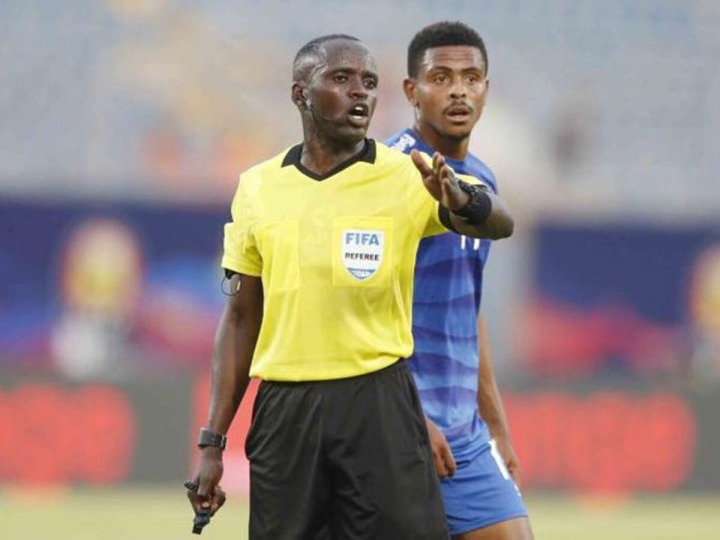 Dr Peter Waweru in action at Stade Ahmadou Ahidjo in Yaounde in a match between debutants Comoros and Gabon in their group C opener.

Waweru, a lecturer at Jomo Kenyatta University of Technology, where he lectures Pure and Applied Mathematics began his continental career officiating in the Caf Under-17 tournament in Niger in 2015, before heading to Rwanda for the 2016 Africa Nations Championships. It's not the first time he's been to the big stages. Kamaku also officiated in the 2019 African Football Confederation in Egypt, where Kenya's Harambee Stars were eliminated at the group stage. Kamaku made history as the first Kenyan centre referee to take command of an African Cup of Nations competition, a contest between Ivory Coast and Namibia. A group of Kenyan football players, fans, and analysts were enthralled by Kamaku's presence at the competition, and they shared their stories with him. David Cheche Ochieng, an ex-Harambee Stars player, uploaded a photo of himself being sent off by Kamaku during a match between Mathare United and AFC Leopards.

Gilbert Cheruiyot, wawerus's counterpart is a Fifa accredited referee who has fought his way up to be one of the continent's most recognized match officials. Cheruiyot chose football over athletics, going against the grain in his region, which later angered his parents who insisted that he should concentrate on his studies or attempt athletics. Cheruiyot, however, never gave up football despite his parent's reprimands. In 2006, he chose to pursue a refereeing course following his secondary school graduation. Cheruiyot has never looked back since deciding to become a referee in 2008, rising through the ranks of local village football tournaments, Division Leagues, and the Football Kenya Federation National League to becoming a known figure in the Football Kenya Federation Premier League matches and later being named the most improved assistant referee in 2018. 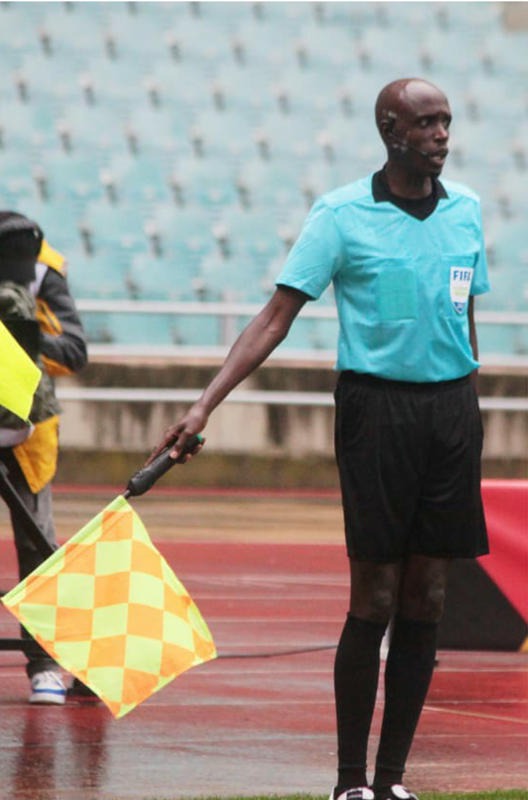 Content created and supplied by: Ec.sports.channel (via Opera News )

How to start a Bike rental Business In Kenya