By Boldblog (self meida writer) | 29 days 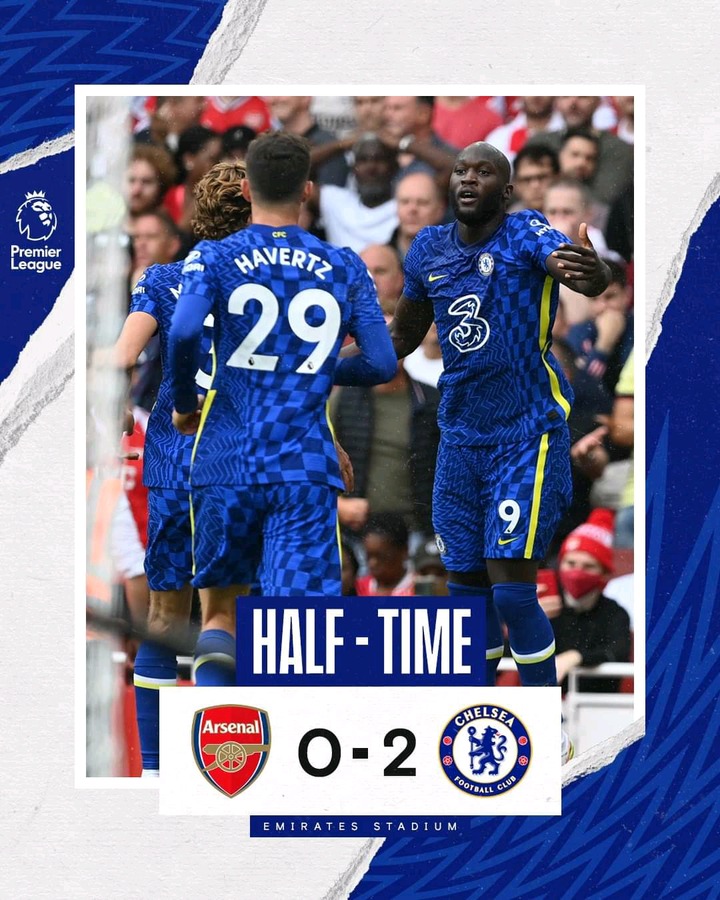 Chelsea Football Club are on fire in this new seasons hence this is great joy to the fans as the team is likely to witness better performance in the coming matches. Chelsea won 3-0 against Crystal Palace last weekend and they are set to maintain a winning streak.

Today's match against Arsenal FC saw the team dominate the first half of the game as their new signing Lomelu Lukaku scored an early goal in the 15th minute. The Belgian star has made fans to be happy after scoring in the first game for his new club Chelsea FC. 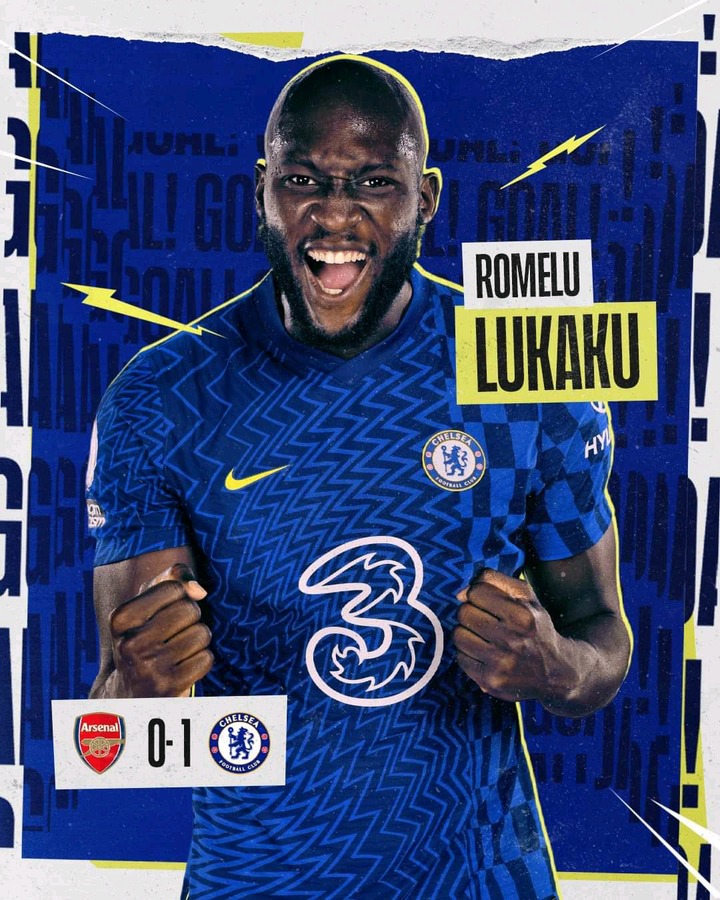 Chelsea fans are happy for Lukaku's debut goal because he just had the first shot on goal for the club and he made it accurate to the net. This comes a time when Reece james made a perfect pass to him and finally he converted it into a perfect goal. In the same way, Reece James got an assist from Mason Mount to land Chelsea the second goal at half time. 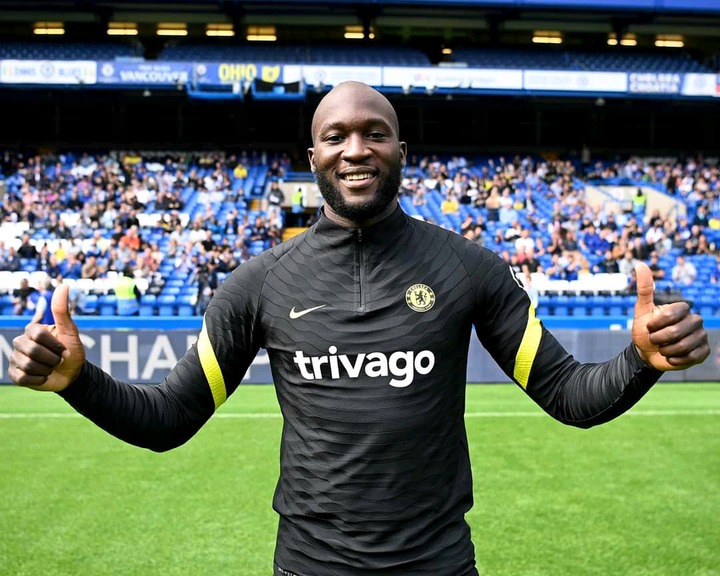 Fans are hopeful that Lukaku will maintain the scoring motion in every game and he is probably going to be the best striker in the world. The great performance from Lukaku has highlighted that indeed Lukaku is better than drogba and he is yet to set many records at Chelsea FC. 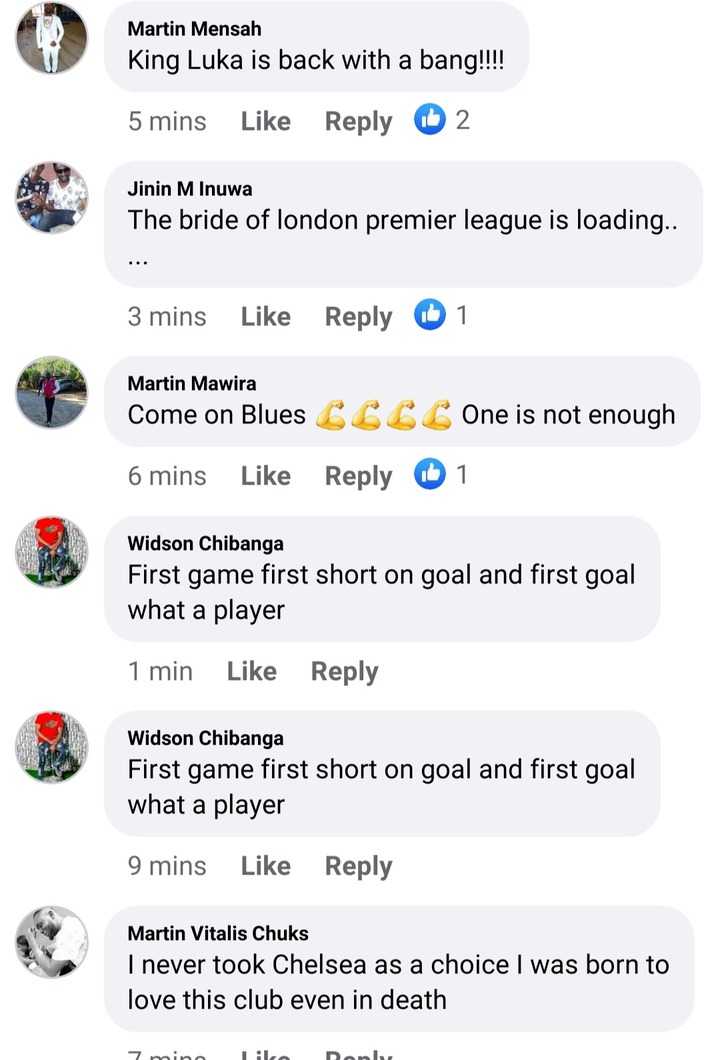 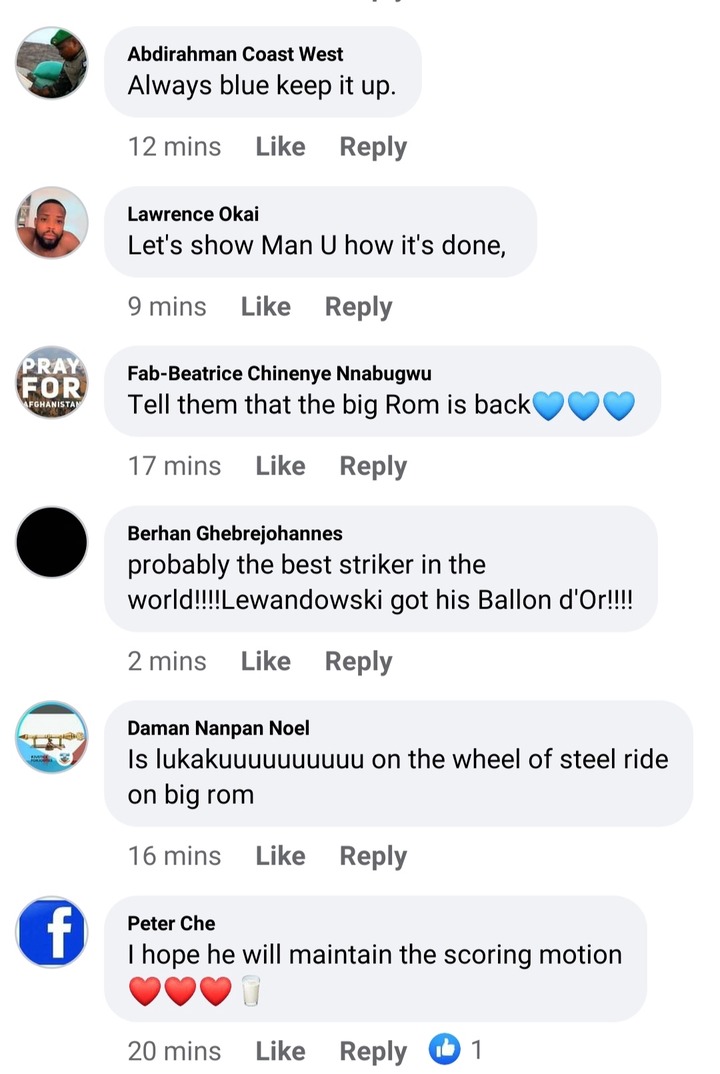 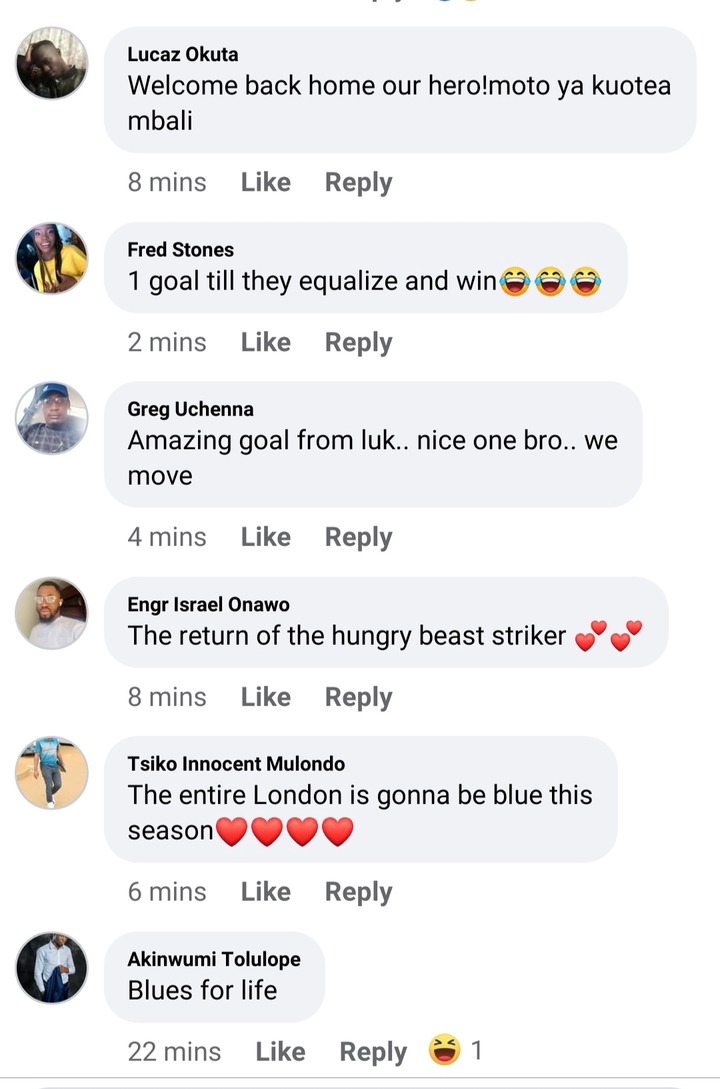 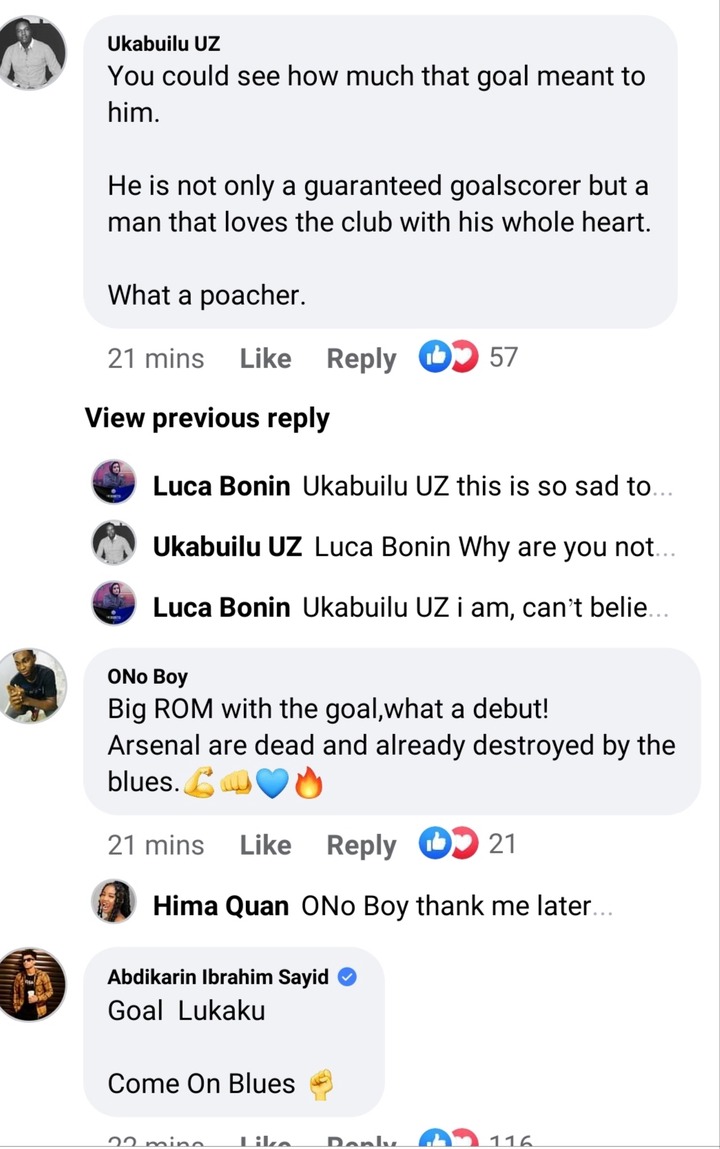 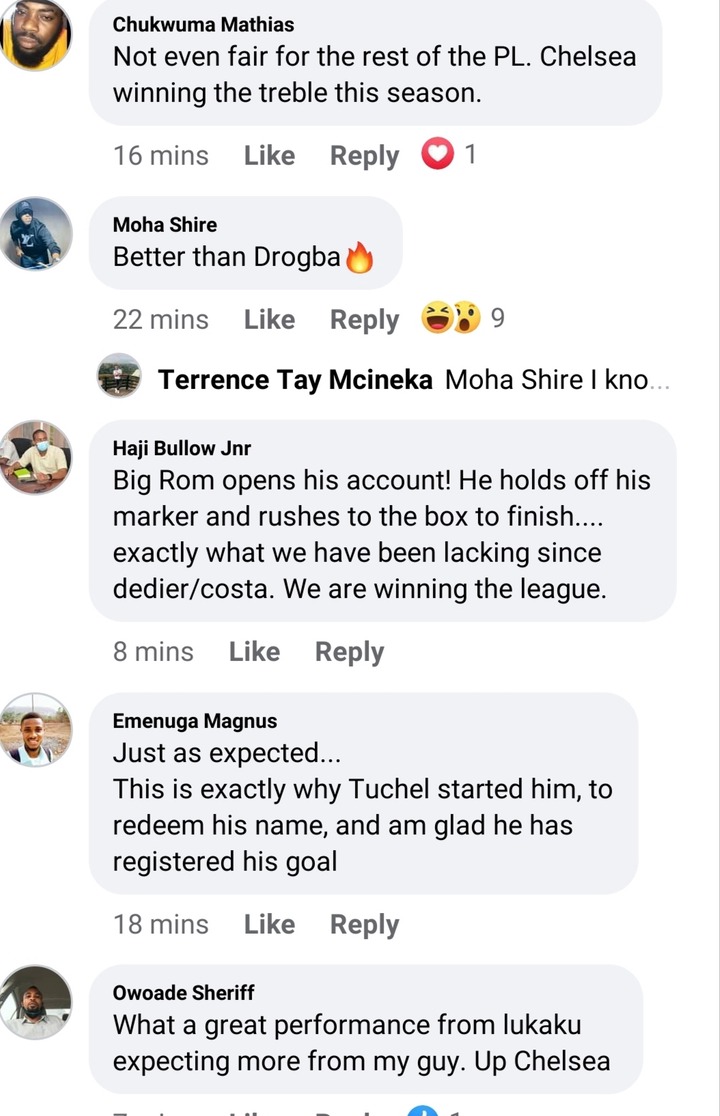 Lukaku also made his debut goal when he scored for Inter Milan in an opening Serie A match that saw him score a goal from his first shot in a game that ended 4-0 in favor of Inter Milan.