By Anayamarvin (self meida writer) | 10 days

Adama Traore was lively in first minutes as Wolves took Control of the game earliear as they were the first to get the Corner of the day,

Burnley grew in the game and in 13th minute Coady blocked wood from taking a shot but referee did not see any foul despite Burnley demanding a penalty.One Minute later, Wood Controlled the ball neatly and strucked a shot which was too heavy for Patricio and it went in Goal.

In 21st minute, Burnley Capitalised on poor defending from Wolves and Wood completed from close range to get his second goal of the day and also Second for Burnley 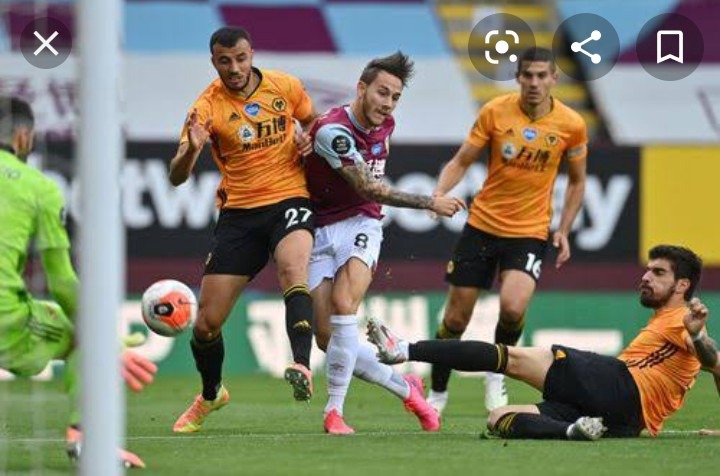 In 37th minute, there was a dirty scene as Mee, Tarkowski and Adama Traore were involved.

If forced the Referee to consult the VAR for possible Red card but the VAR concluded that there was no violent conduct, Yellow cards were shown to Traore and Tarkowski.

Moments later, Burnley got the third Goal in 44th minute from Cris wood, Breaking their 21 years record of burnly player scoring a hatrick

Referee added two minutes in first half, Wolves tried their luck but referee's whistle blew for Half time.