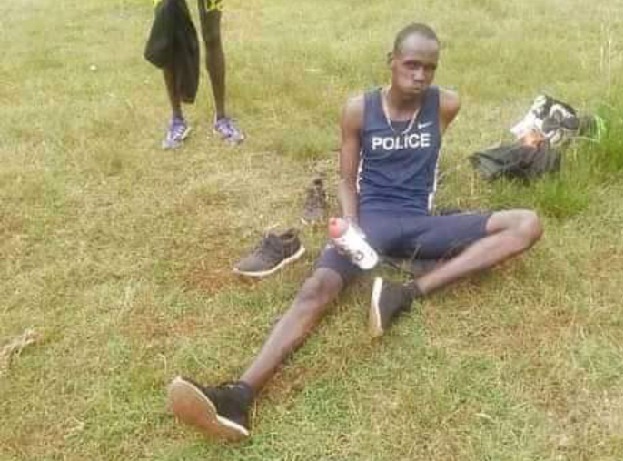 Etyang is a young athlete from his constituency who was recently locked out the upcoming Olympics after emerging position two in the qualifier trials that were held at Kasarani.

“Met the family of Kamar Etyang from Loima Village in my Constituency who was shortage from attending the Olympic even after emerging position two in me 1500M Olympic trials in Kasarani,” Kuttuny posted on his Facebook Account. 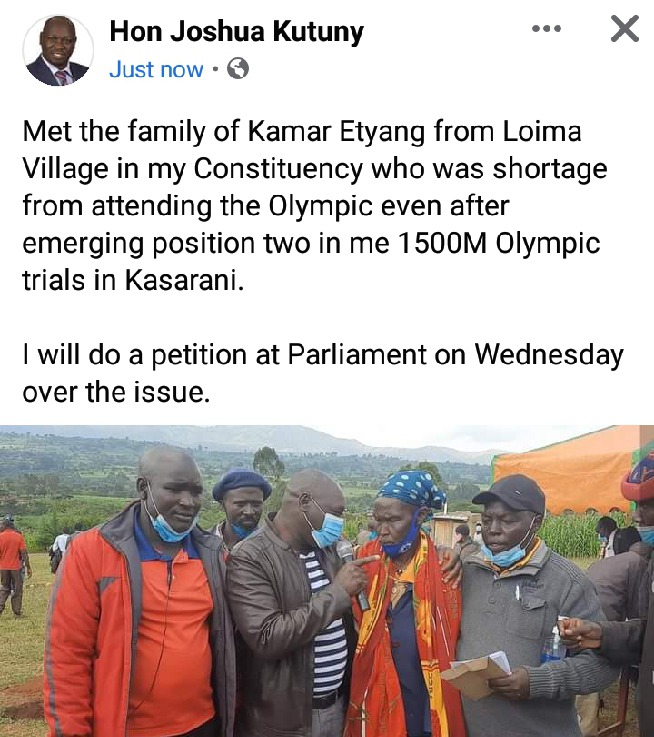 According to the Mp, he visited the family of Etyang on Monday. He then promised to do a petition over the issue on Wednesday in parliament.

“I will do a petition at Parliament on Wednesday over the issue,” he said. 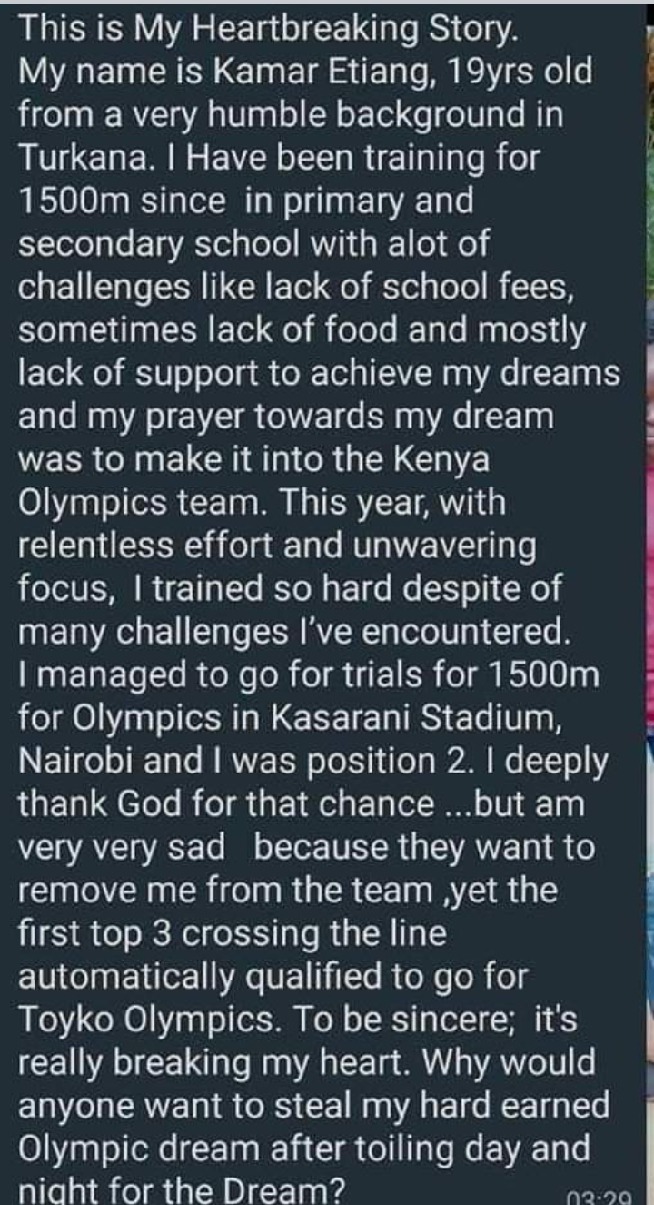 Over the weekend, the issue of Etyang being locked out of the Olympics even after qualifying took a section of social media users by shock.

Etyang took to social media to disclose what had happened to him.

He complained about alleged plans to lock him out of The Kenya Olympics team.

The young man is being accused of failing to disclose his whereabouts before the trials thus failing to undergo mandatory tests before participating in the Olympics.

"As General Team Manager for Tokyo Olympics, I wish to clarify that we are handling the case of Kamar Etyang with the utmost discretion,” he said.

He also stated that Etyang was still in the camp.

“Let us avoid speculation since Etyang is still in camp and we are still engaging AIU to consider such cases where youngsters who have not met anti-doping requirements crop up,” he added.