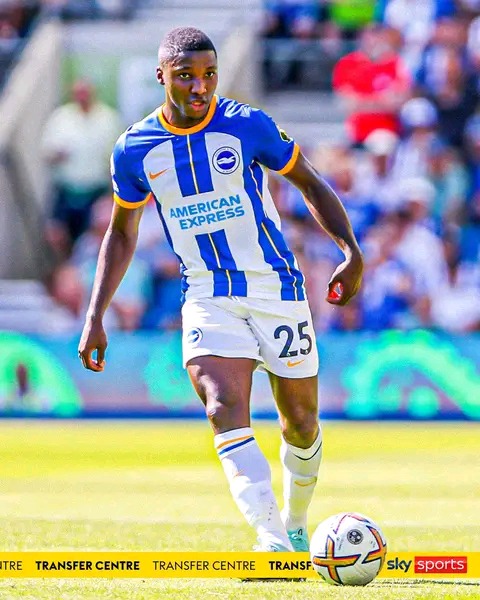 Manchester United have been in the market to sign players for their new manager Eric Ten Hag. Ten hag inherited a depleted teams after most of the key players left the club at the end of last season after the club allowed their contracts to run down.

So far Manchester United have been able to sign three players in the form of Argentine center back Lisandro Martinez from Ajax, Feyenoord left back Tryell Malacia who was almost joining Lyon before the intervention of the United manager Eric Ten Hag and Christian Eriksen on a free transfer after his six months contract with Brentford expired.

Unite, main problem from last season had always been the defensive midfield. United manager had identified that area for reinforcement with his main target being Barcelona midfielder Frankie de Jong.

United have not been successful with their pursue of the midfielder and they seems to be running out of time before they get the rightful signing for the area. They have now been forced to look into other alternatives.

They had gone for Juventus midfielder Adrian Rabiot where they had even agreed on transfer fee for the midfielder with Juventus. They were now discussing the personal terms with the agent of the midfielder who happens to be his mother.

United were after the young midfielder before his move to Brighton. They decided against signing him as they deemed him to be still young to play in the premier. Caicedo has now deveped in the Brighton midfield and on the first weekend of the premier League opener, he caused United all sorts of problems in the midfield.

United have more advantage in the move for the midfielder as his family members are big fans of Manchester United. United legend Antonio Valencia could also help to push the deal to go through as they come from the same country.