By WillyKim (self meida writer) | 5 days Yves Bissouma of Brighton has sparked reactions online after his post yesternight.In the post he put what looked like a timer.That timer has always been synonymous with most players and clubs whenever an announcement is immitent.It might just also mean, "it's almost time" The reason why Yves Bissouma's post is drawing a lot of reactions from Arsenal fans is that he is viewed as an Arsenal prospect.Towards the end of last season,news about his possible move to Arsenal was all over social media.

He is being viewed as a possible replacement to Granit Xhaka who is deemed Roma bound.Jose Mourinho has been said to view him as one who will be an important member of his squad.

This is not the first time Bissouma is teasing fans.Last time he posted an Arsenal bag in one of his stories and many think that he might just be give signals about his possible move there after. 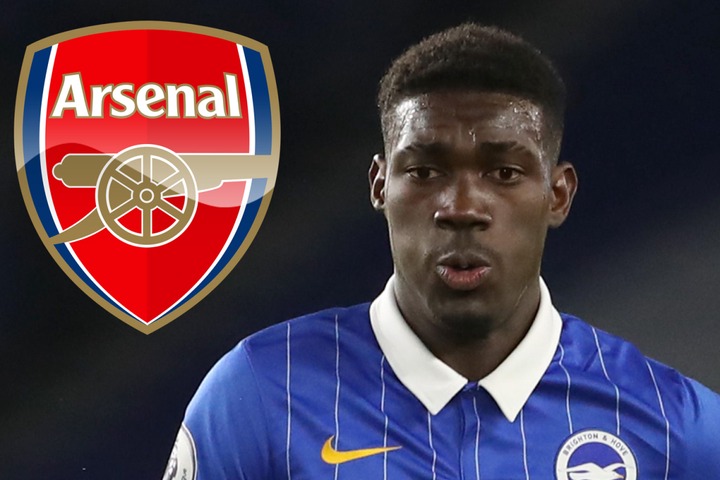 Bissouma also shares the same agent as Arsenal's Nicolas Pepe.Both are good friends and took a photo after the last game of the season that was at Emirates. He has been allegedly valued at 50€ according to various media outlets.

The transfer window is still open and it's just a matter of time before we can ascertain what Yves Bissouma meant by his post.Whether it's a new contract or a move to another club,we are yet to know.

Below are Arsenal fans reactions.Can he thrive at Arsenal? What do you think?