Harambee Stars captain Michael Olunga was named among the top African goal scorers in the just-concluded 2021/2022 football season after yet another spectacular league performance.

According to statistics, the dangerous left-footed Kenyan forward is among the continent's Top Scorers, with 28 goals across all competitions putting him in sixth place overall. 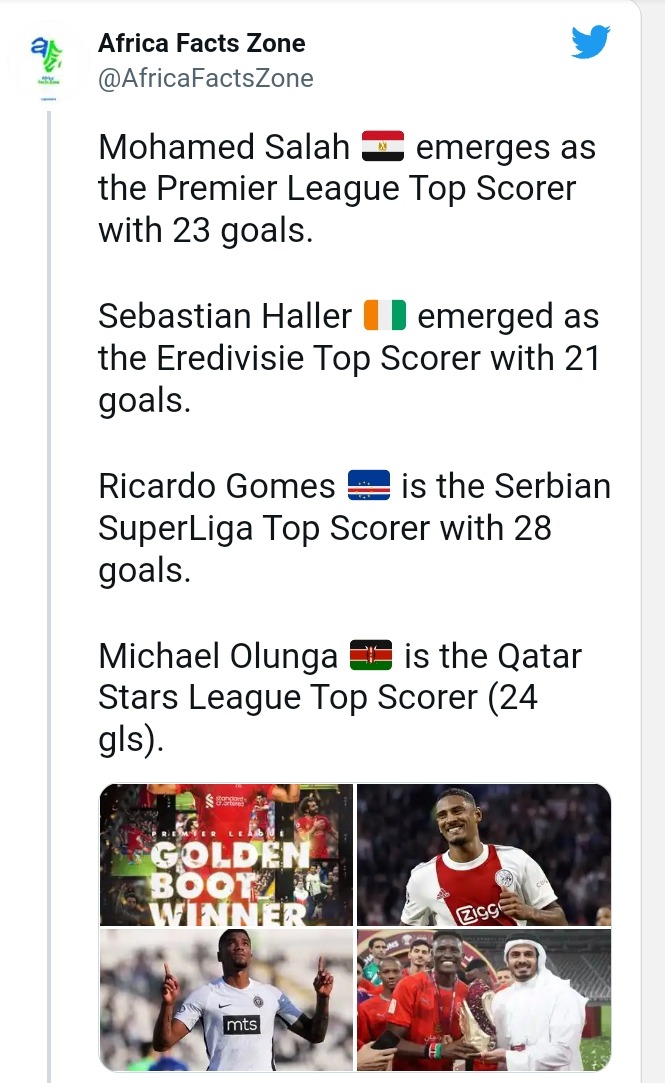 Sebastian Haller of the Ivory Coast leads the charts after a fantastic second season with Dutch champions Ajax, where he scored 37 goals in all competitions while also giving nine assists.

Ricardo Gomes of Cape Verde, who plays for FK Partizan in Serbia, is ranked second. The forward scored 35 goals and added eight assists in the previous season.

Mohammed Salah, a Liverpool and Egyptian phenomenon, is third on the list with 33 goals and 20 assists.

After an outstanding season with Mamelodi Sundowns in South Africa, Namibian star Peter Shalulile enters the scoring party in fourth place. He's scored thirty goals in all competitions so far, with 23 of them coming in their league campaign, barely missing out on the club's all-time goal scoring record of 25 in a single season.

Riyad Mahrez (Manchester City), Tarik Tissoudali (KAA Gent), and Sadio Mane (Liverpool) are tied for sixth place with 29 goals each, ahead of Olunga. Karl Toko Ekambi (Lyon) of Cameroon is next with 26 strikes.Olunga was named Top Scorer in Qatar during the same 2021/2022 season, where he plays for Al Duhail.