By BenticthePundit (self media writer) | 4 months ago

Verona made a few interesting transfer moves this summer. First of all, they paid 7.5 million euros to Manchester City for Ivan Ilic, 20-years old Serbian. The youngster was on loan last season in Verona. Also, they brought back in Antonin Barak, Giangiacomo Magnani, and Federico Ceccherini. Also, on loan spells came Martin Hongla (who came from Royal Antwerp), Gianluca Frabotta (Juventus), and Lorenzo Montipo (Benevento). On the other side, the team left 21-years old centre-back Matteo Lovato, goalkeeper Marco Silvestri, and Federico Dimarco.

Inter Milan should be weaker than the last season. The team left two great players, Romelu Lukaku, sold for 115 million euros to Chelsea, and Achraf Hakimi (PSG - 60 million euros). On the other side, Inter signed Denzel Dumfries from PSV, Hakan Calhanoglu, who came on a free transfer, who came from AC Milan, and Edin Dzeko (AS Roma).The hosts have scored an average of 1.87 goals while the visitors have scored an average of 1.57 goals.The Italian outfits depleted squad may find it difficult to see the back of the net this campaign considering that they are the reigning champions

The two outfits meet today in the Russian premier league match.The hosts have been the better side of the two teams,having won four of their last seven matches between themselves.The hosts have three injury concerns whereas the visitors will be missing their key defender.I would fancy a host team's win. 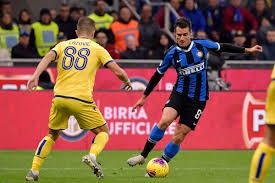 Just in; Huge Blow to all Kenyans who Are Using Cooking Gas as New Details Emerges Again about Price