Dominic Samson Ndingiti is a Kenyan walking race champion who bagged the country's first medal for the boys 10,000m track race yet isn't afraid to dirty his in the Juakali trade.

The under-20 competitor hails from Kisii County, where humble beginnings moulded him yearn for success and the family members began appreciating fruits from his past triumphs.

However, the worldwide pandemic had brought the economy to a stop for him just as different Kenyans following the government's control measures on the country. 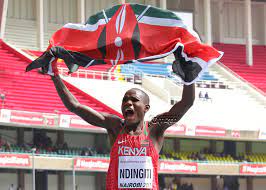 "Life was truly challenging for us since I was raised in a humble background but currently things have changed a little bit, basically my family has acquired recognition out of this sport," He recently narrated.

Determined to fight the monetary difficulties, he ventured into making modern day Jikos for a living without the thought of his stature.

"You don't awaken and be perfect in a specific craft and I developed the interest of making jikos since I was in class seven, that is before I joined Team Kenya.

"I went on vacation as a result of the intense training for different contests," Ndingiti expressed.

In the same way as other different Kenyans, athletes had to innovate and attempt new jobs to support their livelihoods last year. 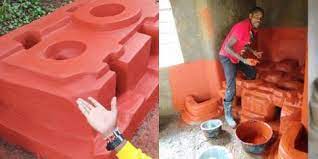 His craft-making skills have seen him acquire the confidence of his customers who are trooping in to place their order the fast moving goods he sells.

Besides, being feted with SOYA Awards for inventive Jiko's that was hosted in Naivasha in February.

His customer base isn't just from Kisii County however incorporates counties like Nyeri, Kisumu and Nakuru.

"A large portion of my clients are ladies and if I will deliver the item within Kisii and its environs I will charge Ksh2,000. However, for customers outside the county, it will cost Ksh 5,000." 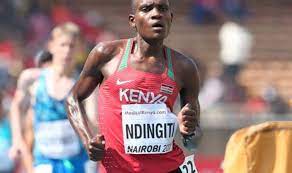 Ndingiti's venture is an assurance of breaking the norm as it evokes memories over the wellbeing of our sports personalities who end up poor subsequent to winning huge sums and awards.