By Thunder (self media writer) | 1 month ago

Football Fans have gone wildly following Erling Halaand's performance against West Ham United on Sunday night at London Stadium. His form was high and it looks like he has already matched up with the playing style of Pep Guardiola. 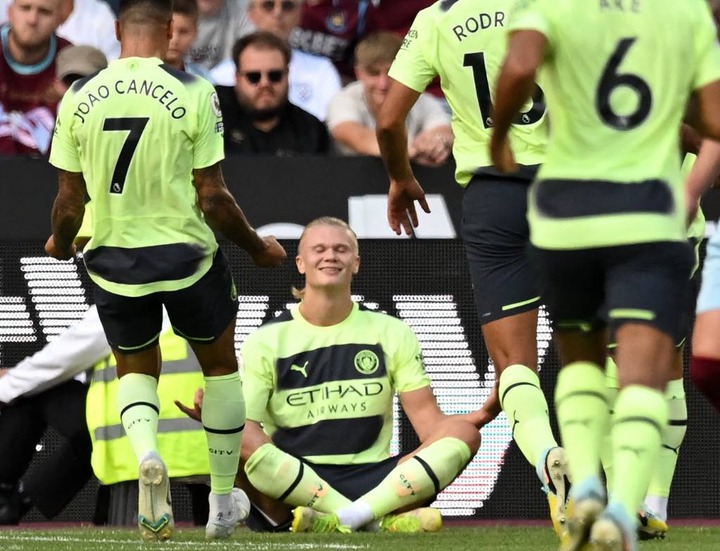 Halaand scored his first goal for the English Premier League and Manchester City At through a penalty kick that he won in the 35th minute. He scored again in the 65th minute making it a brace and a 2-0 lead for Manchester City. This was after receiving a superb pass from Manchester City Belgian Attacking Midfielder Maestro Kevin de Bruyne and he did what he always does.

Being his first appearance many football fans had predicted him not to shine as he did since during their Community Shield cup against Liverpool FC he was a little bit off the game as he squandered many chances that could have helped them lift the cup. Halaand was substituted in the 78th minute for Julian Alvarez who was also recently signed by Manchester City.

Here are some of the reactions from fans: