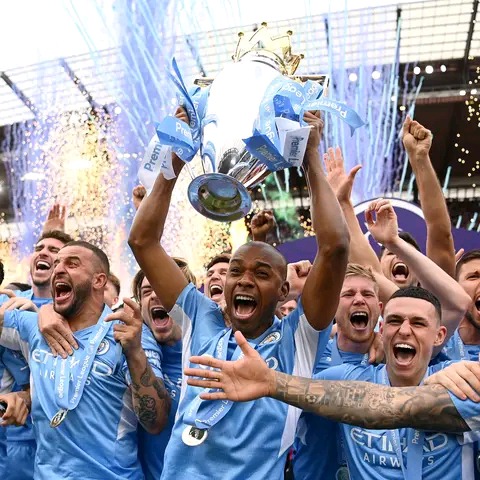 The 2021/2022 Premeir league campaign was wrapped up last weekend, with Manchester City pipping rivals Liverpool to the EPL title, by the smallest of margins, with only 1 point separating the two Powerhouses. Alan shearer has revealed his team of the season & it is no suprise it is dominated by the two best sides in the EPL last season, with the Sky Blues contributing 4 stars, while the reds produced 5 players in the team of the season.

Having both won the golden boot award with 23 goals each, Tottenham forward Heuing-Min Son & Liverpool scoring machine Mohamed Salah will feature in the attack alongside Sadio Mane. 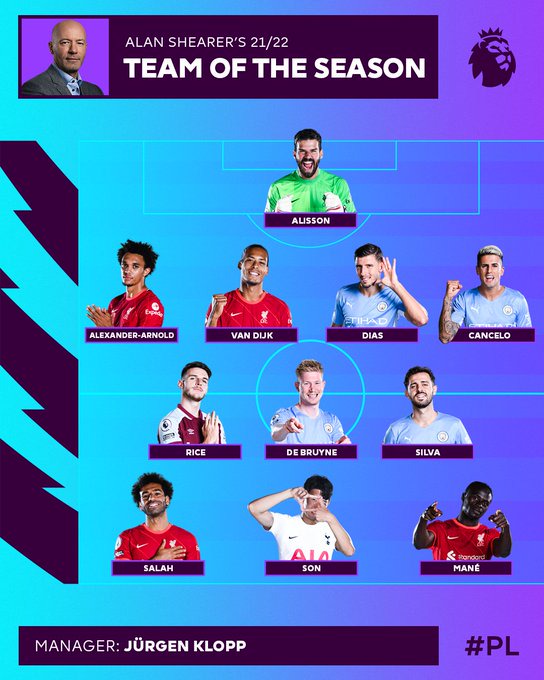