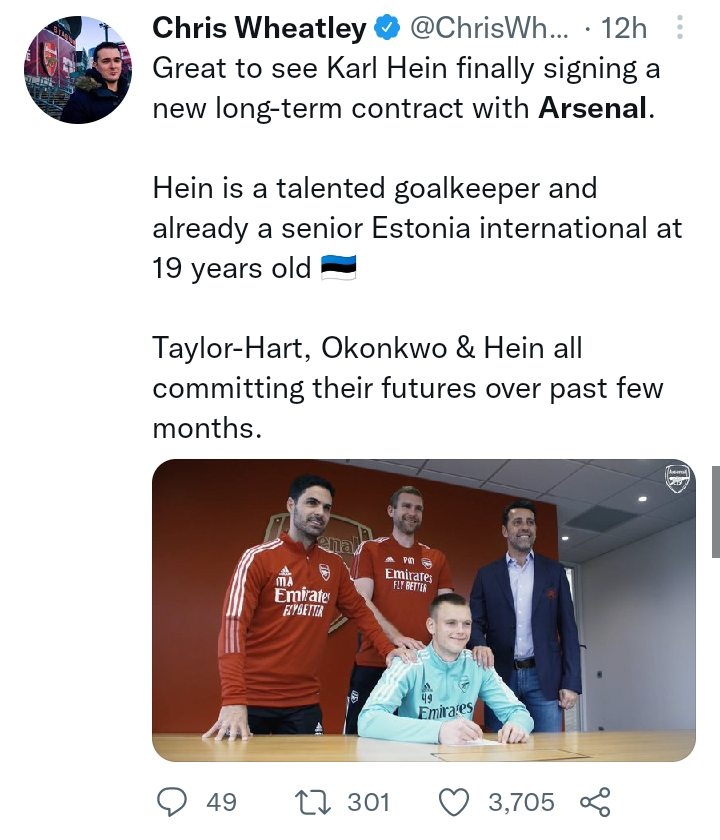 Another Hale End product by the name of Karl Hein has put pen to paper, effectively committing five years to Arsenal. Karl Hein who plays in the goalkeeper position signed his new long-term contract with the Gunners who are looking to build a strong team around young players.

During the pre-season, Hein proved that he was up to the task of representing the senior team after he managed to keep 1 clean sheet and only conceded one goal in two of the matches he played as a substitute. During his first interview as a senior Arsenal player, Hein said that he was more than delighted about the new deal and he will work twice as hard so that he can eventually play for the Gunners in the near future.

Martin Odegaard is yet to make a sensational performance for the Gunners this season but that does not mean that he is sleeping on his job. He has a clear objective of where he wants to push the team towards and hopefully he will achieve it at the end of the season. The Norwegian said that he wanted Arsenal to fight for top positions in the league and hopefully secure a Champions League spot for next season. 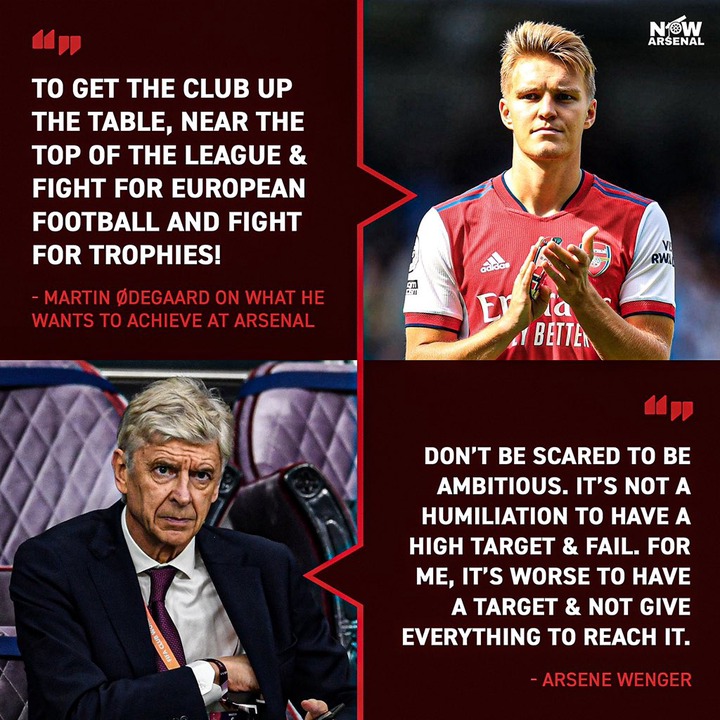 Wenger concurred with Odegaard’s ambition when he said that making big plans was one step closer to achieving the plan and therefore one’s objective, even though too ambitious, should not be mocked nor ridiculed because the football world is full of surprises. Odegaard is in contention to start against Burnley today and Arsenal fans are hoping against hope that he will orchestrate something memorable and magical.

Arsenal’s all-time legend Thierry Henry is still flying the Arsenal flag high even in the world of punditry. In a recent punditry session at BBC, Henry was requested to make a comment about Tottenham Hotspur’s performance in the Europa Conference League and his response was more than provocative, to say the least. Apparently, he claimed that he knew no team by the name “Tottenham Hotspur” and because of this, he requested to abstain from the discussion. 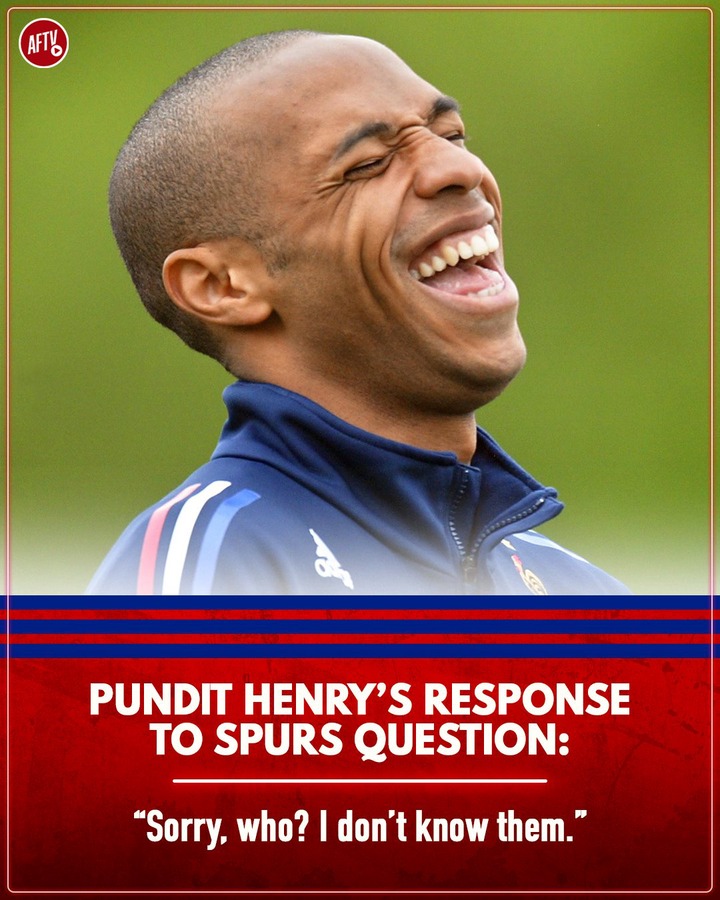