The First African Player To Score In Premier League

By Vaiz (self media writer) | 6 days ago

Premier League comes top when it comes to the ranking in the world supporters and fans. This league seems to be so competitive making it much interesting.

Hailing from Bulawayo, Zimbabwe’s second city, at the heart of Matabeleland, the homeland of the isiNdebele people. Ndlovu began his career at boyhood club Highlanders. His career of the Bosso was a fruitful one, and his performances didn’t go unnoticed, as he picked up the Soccer Star of the Year in 1991 and 1992. 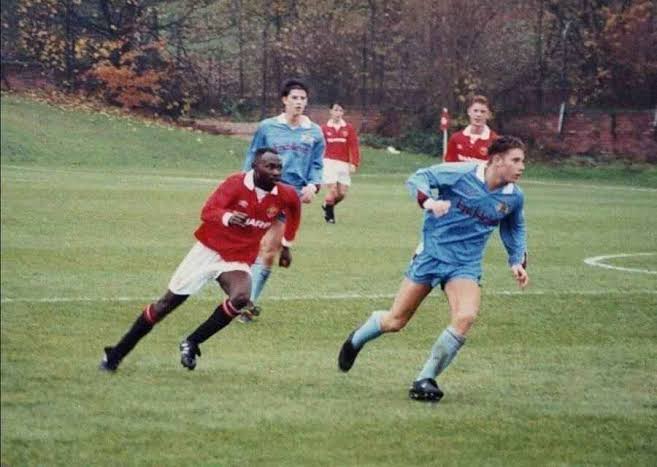 FA Cup-winning manager John Sillett spotted the teenage sensation during a pre-season tour in Zimbabwe in 1988, but it was his successor Terry Butcher who signed the Zimbabwean for Coventry City in June 1991. Ndlovu did not have to wait long to make his debut, which came on 21st August 1991, when he became the first African to play in the Premier League. He made an instant impact by scoring away at Arsenal, but he made a name for himself at Highfield Road, after scoring a screamer against Aston Villa in November.

A new era for football in England and the Bulawayo-born Ndlovu, who grew up in the Binga district of Zimbabwe, will forever have his name etched into the record books.

Adam Ndlovu played as a striker. During his club career, he played for Highlanders, SC Kriens, SR Delémont, FC Zürich, Moroka Swallows, Dynamos and Free State Stars, and was also a member of the Zimbabwe national team. His brother, Peter Ndlovu, is also a former professional footballer.

Currently in the premier league Chelsea are in the top with 29 points.