Manchester clubs to lock horns for a star Napoli defender

By founder (self media writer) | 2 years ago

Manchester City and Manchester United are set to try and secure Koulibaly’s services.

Kalidou Koulibaly is a Senegalese defender currently playing for the Italian side Napoli. The Napoli hierarchy has allowed him to leave this summer, should the best bidder table their offer. The most probable destination of the highly rated defender is the premier league, with Manchester City and Manchester United currently interested in signing the player. 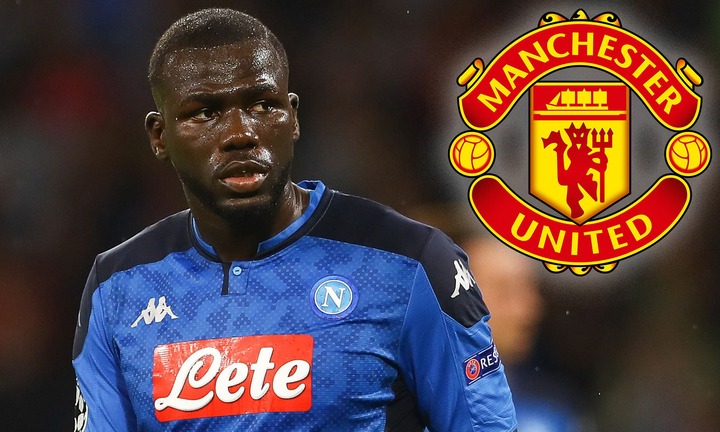 The whole summer transfer window has seen Manchester City follow up on the player to ensure he plays for the club in the 2020/2021 season. At the age of 29, he is estimated to be worth £80m which is a high price that puts the Manchester clubs the best chance of signing him up. Aurelio De Laurentiis, the current Napoli president has been quoted by Canale 21, a media outlet, saying that their star defender is free to leave.

The beginning of this week saw City’s transfer group conducting negotiations with Napoli for a potential buying of the versatile player. A negotiation is yet to be reached, with the asking price of the player being too high. Manchester United could battle it out with Manchester City as Ole Gunnar Solskjaer intends to strengthen his defense for the upcoming season. 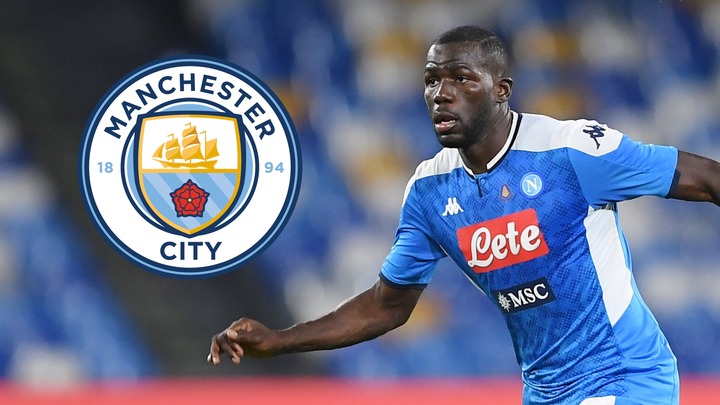 Fali Ramadani, Koulibaly’s agent, has confirmed reports of Manchester United joining the race to sign the defender. As a leader with excellent positioning and defensive abilities, Koulibaly is touted to be one of the best defenders in Europe. He has had a series of consistently good performances both domestically, and in the Champions League, thus attractive top clubs. 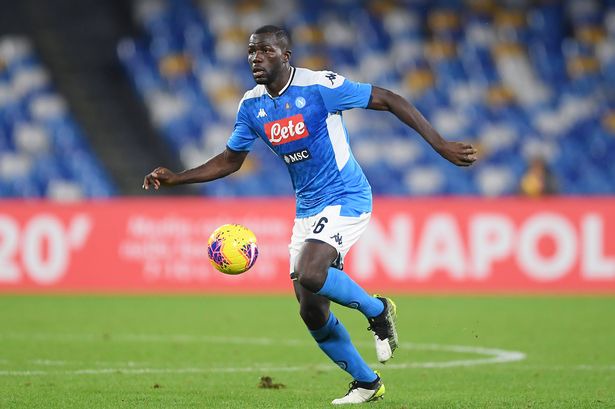 Napoli is presently in a financial struggle, meaning that the center half is likely to leave this transfer window, to bolster the club’s finances. Both Manchester United and Manchester City are monitoring the situation in Naples, hoping to successfully get their target. Having successfully completed the signing of Van De Beek, the Ajax midfielder, Manchester United have now prioritized the back line as their next area to fix this summer.

It is said that a transfer fee of £70m is enough to make Napoli to sell, but it could still be hard to do that due to the fact that the defender is in his late twenties, meaning his prime playing time as a defender could soon be over. The player is frustrated over the hefty price, which could potentially hinder his move to the Premier League. 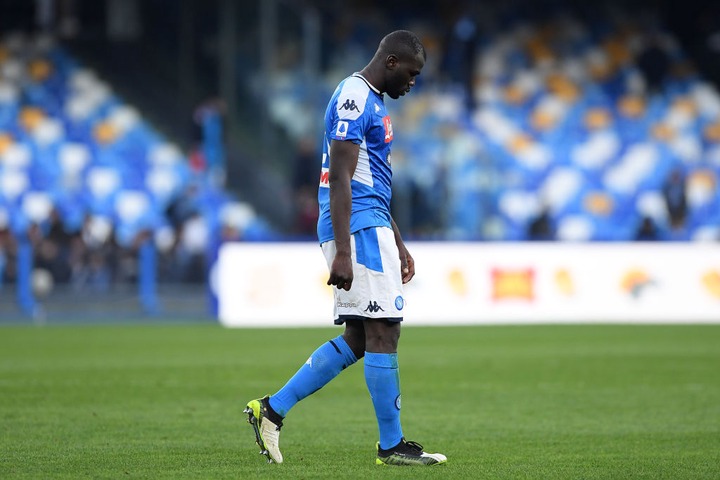 Conversely, Pep Guardiola’s team has already signed Nathan Ake from Bournemouth, for a fee of £40m. they are now looking to ensure that they bring back their former glory and challenge for the league to win it, by signing Koulibaly. The fact that Napoli are working on deal to buy Socratis from Arsenal also suggests that the Senegalese could be on his way out of the Italian club. The scuffle for the player may continue as both teams need strengthening their squads.

3 Organizations That You Must Know Before Investing in Shares

The State Makes A Multi-billion Move