Reliable sources have revealed that Manchester United's boards plans on exacting punitive clauses that were stipulated in the contracts of some of the players. It is believed that among the players who will fall victim to this unconventional management is Cristiano Ronaldo. The sources further explain that when Cristiano Ronaldo was signing for the club last summer, the club had included a quota of goals that he should have reached by the end of the season (probably 30). But now that he hasn't reached it, his next season's salary will be slashed by €100k per week. 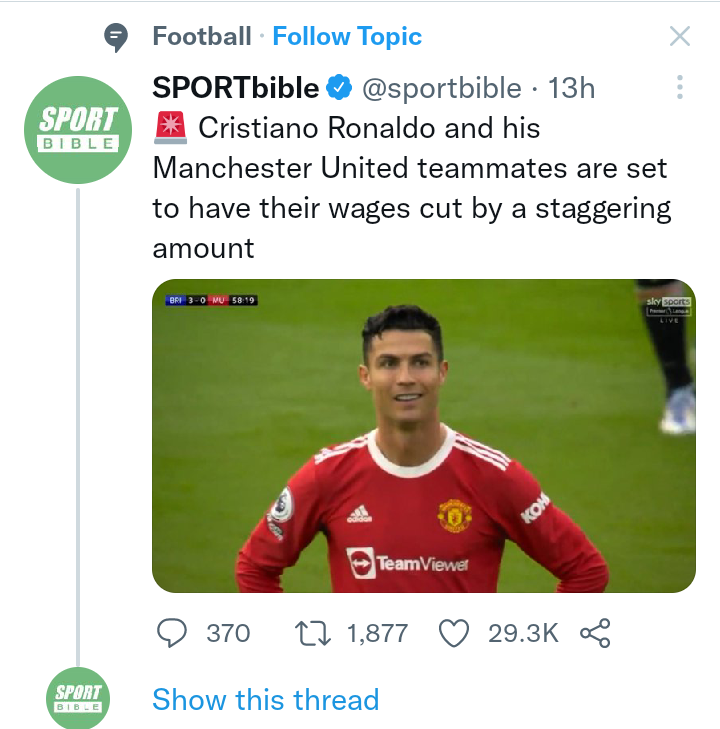 Manchester United fans have backed up the implementation of this agreement from next season claiming that the players have not played well enough to be cashing in much of their weekly wages. It will be a big blow to the players starting next season but will also serve as a big motivator.

Juan Mata and Nemanja Matic are bound to leave the club at the end of the season but according to me, with over 8 players set to leave the club in the summer, it is unwise for Manchester United to let go of these two veterans. There is no denying that their output has lowered over the years but their role in inducting the new comers next season could really help a lot if you think about it. The new players definitely won't have many club figures to look up to except for Ronaldo. 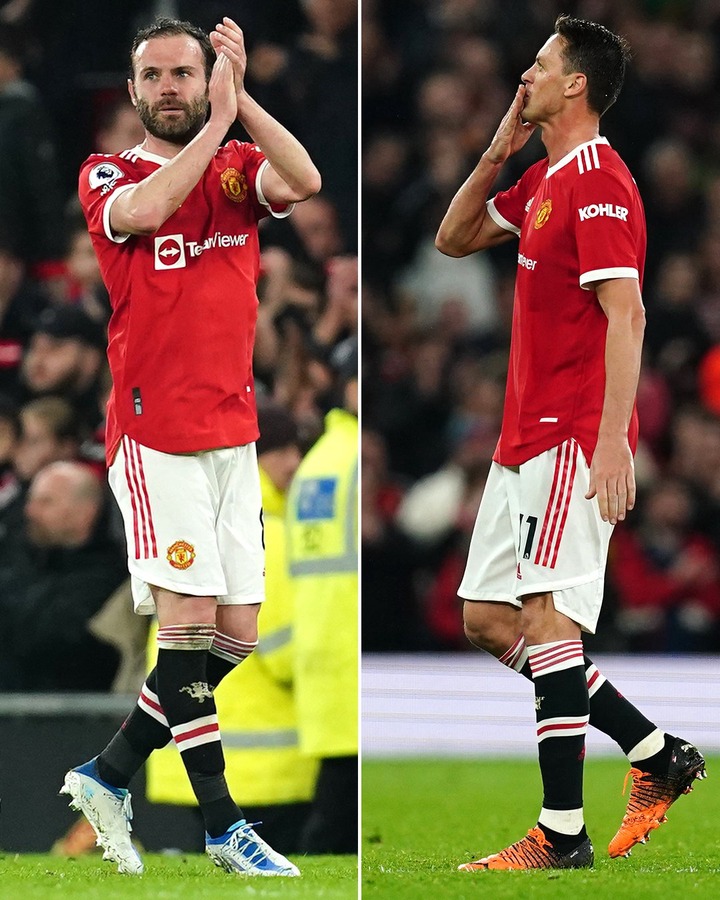 Former Manchester United defender Gary Neville has once again voiced the need to appoint a manager with the same tactical thinking as Diego Simeone. Last night, Atletico Madrid edged out Real Madrid 1-0 to seal their place in fourth and qualify for the Champions League next season. Simeone's men were very aggressive in the match but that paid off in the end since they maintained their resilience until the end. 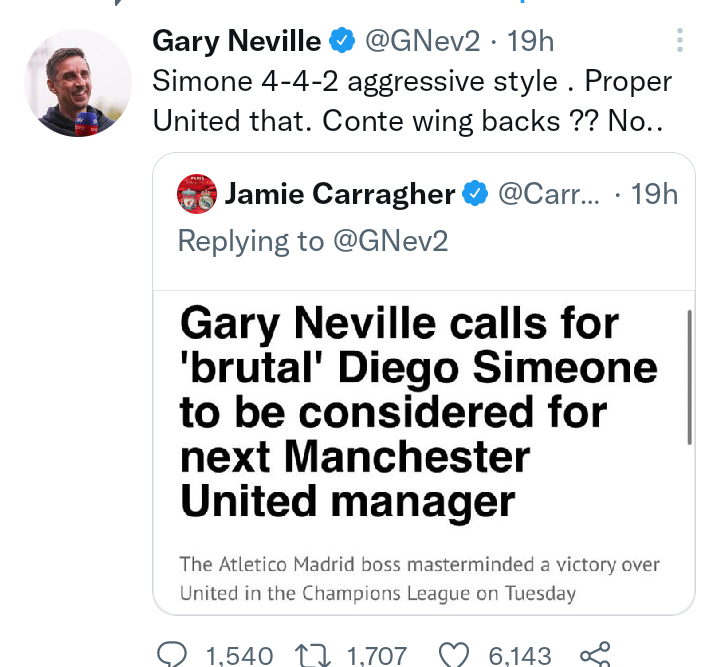