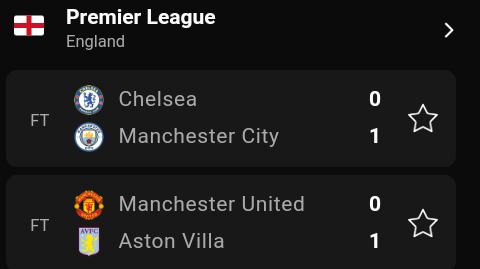 Manchester maintained it well up to the first half with 0 scores but on the second half at the 88th minute K Hause scored for Aston Villa making it 1-0. Luckily enough for Aston Villa, Manchester United lost a penalty that was awarded at the extra time added the match ending with 0-1. For Chelsea, they could not make it after Gabriel Jesus scored for Manchester City at the second half. In the Premiere League table, Liverpool remains at the top with 13 points while Manchester City stands at position 2 with 13 point after playing 6 matches. 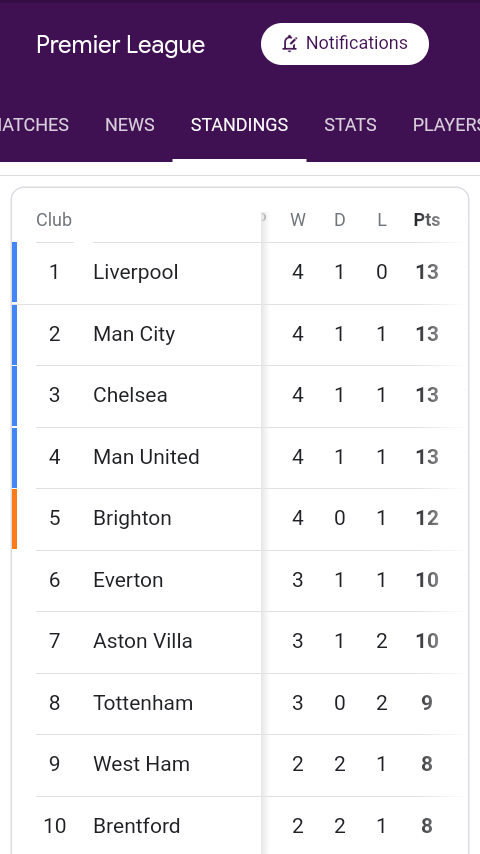 Chelsea stands at position 3 with points while Manchester United position 4 with 13 points both of the playing 6 matches.