Arsenal Go Up In Position Standing Despite Today's Draw, Check Their New Position

By WillyKim (self meida writer) | 29 days 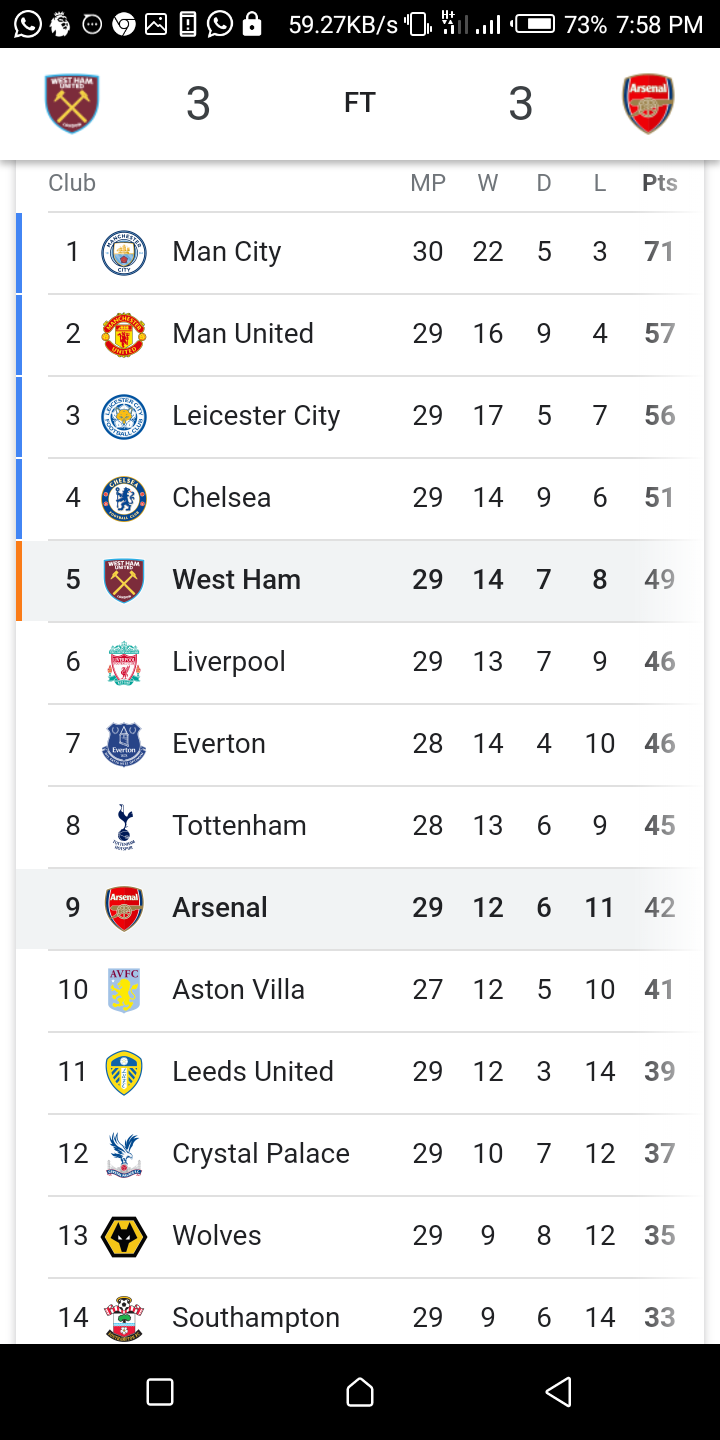 Arsenal today played out to a draw against Westham in the North London derby.It was a heated match as the gunners had to come back from a 3:0 down to level scores.

The gunners then got a goal back after a Lacazette effort.However the goal was given as an own goal to Westham.

The second half started lively for Arsenal as they had most of the possession.Another own goal came as a result of Callum Chambers effort as Alexandre Lacazette would later go on to get his own for the night.

Arsenal have now moved to position nine despite getting a draw against Westham.Aston Villa are currently tenth having played two games less.This is the statistics until the time of publishing.

Tuesday Top Predictions That Could Earn You