By WekesaBasil (self media writer) | 4 months ago 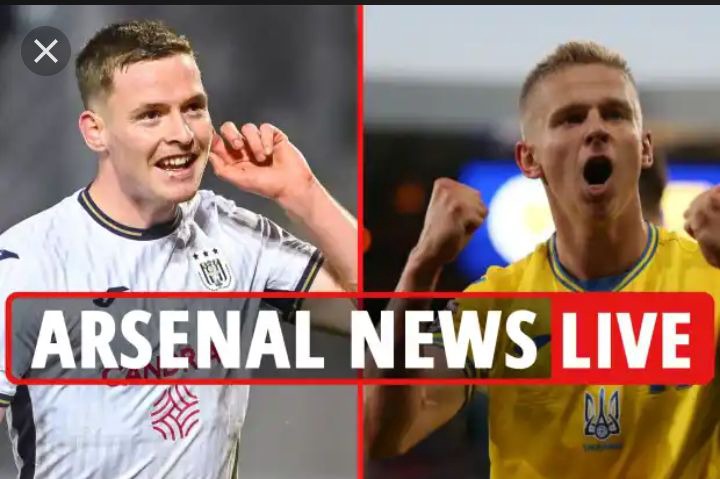 Mikel Arteta's Arsenal are interested in Anderlecht defender Sergio Gomez and Manchester City’s Oleksandr Zinchenko. According to reports by The Athletic recently, Arsenal are working on a deal to sign Zinchenko this summer. The Premier League champions are open to selling the 25-year-old.

The Ukrainian International is naturally a midfielder but has regularly played a left-back for Manchester City. Arteta wants a new left-back who would cover for Kieran Tierney who was out of the pitch during last campaign following his injury prone record.

Fabrizio Romano has recently reported that the Gunners are also exploring a possible move for Anderlecht defender Sergio Gomez alongside Zinchenko.

The arrival of Zinchenko or Sergio Gomez will see Nuno Tavares leave on loan. Marseille is one of the many teams interested in signing the left-back.

Tierney missed a tally of 48 games and has only managed 64 league appearances overall. Mikel Arteta doesn't want to go into the new season without a competitive left-back who will cover up for Kieran Tierney.