By KhamasiLewis (self media writer) | 1 month ago

Manchester United remain interested in Villarreal centre back Pau Torres and could press ahead with a deal for the Spaniard after Erik ten Hag backed the signing. 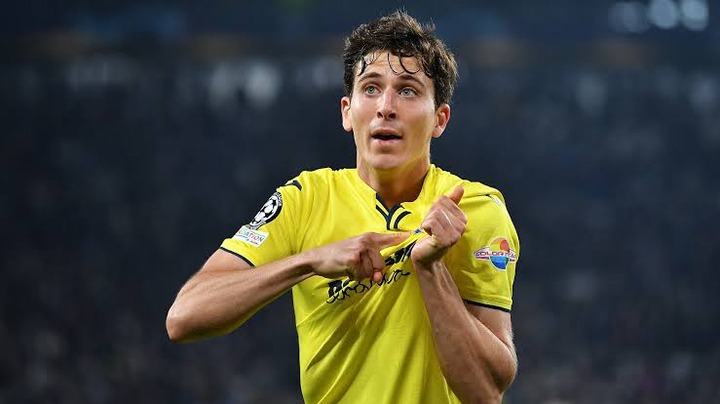 Ten Hag has been presented as United's new manager this week, arriving from Ajax as the replacement for interim manager Ralf Rangnick.

Ten Hag would like to add a central defensive option to push both Varane and club captain Harry Maguire for first choice roles, and Torres appears to fit the bill. Victor Lindelof remains at the club but will be allowed to leave for the right offer, though it's expected Eric Bailly, a former Villarreal defender himself, is the most likely departure to free up room in that department.

Manchester united have endured a difficult season which saw them finish six with 35 points behind league leaders manchester city. Ten hag is confident that he will end up Liverpool and Manchester city dominance.

Defensive midfielder and defender are among the top position Manchester united will focus this summer as they aim to have a solid backline which will prevent conceding more goals as they did this season conceding 57 goals.

To bolster their defensive options ahead of the new campaign, the Red Devils want Torres 'at all costs' and are willing to pay up to €50million (£43m) for him, according to Marca.

Incoming manager Erik ten Hag prefers to play out from the back and is keen to bring in a ball-playing centre back with Torres said to fit in perfectly to the new boss's plans.

The player's agents, Tarraga and Fores, are set to travel to Manchester as early as this week to begin negotiations with the Premier League side, The Express reports.

According to Rio Ferdinand, signing Pau Torres will be a good move for Manchester united if they want to be title contenders next season and is convinced that this will make captain Maguire to up his game as he has received many critics in the last couple of games.

Ten hag believes pau Torres will be an ideal signing and will suit his style of play as he aims to finish in top four and secure champions league spot next season.

Content created and supplied by: KhamasiLewis (via Opera News )