By JuizyNewz (self media writer) | 26 days ago

Chelsea are unbeaten in seven matches this season. They have also won six away London league derbies in a row. It is the first time in the club's history. 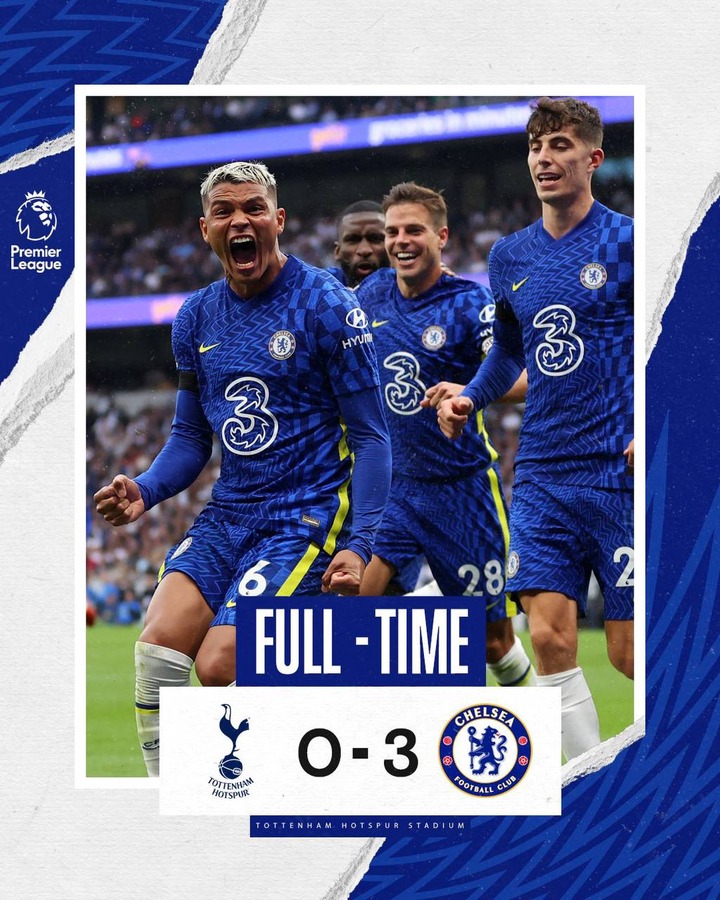 It is also the first time Chelsea have won away at Arsenal and Tottenham for 10 years. Defenders César Azpilicueta, Thiago Silva and Marcos Alonso had more touches in the opposition box than Harry Kane during Chelsea's 3-0 win against Spurs.

Thiago Silva was superb in this first half. You could clearly see what Tottenham were trying to do. Lo Celso & Kane constantly dropping deep & dragging the wide Chelsea CBs out to isolate Thiago Silva in a [1v1] position against Son. But credit to Silva who has been superb. 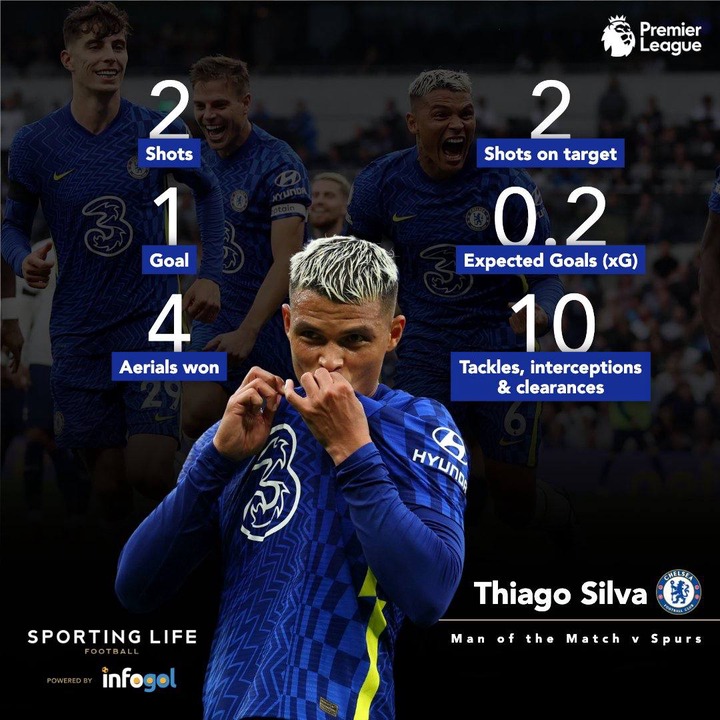 Chelsea offensive play in the first half was "Pass the ball to Lukaku who holds it & lays it off to one of the inside forwards" and that's pretty much it. No movement, no creativity. Just pass to Lukaku & get the lay off and see where it leads.

The second-oldest Chelsea player to score in the Premier League - aged 36 years & 362 days - behind only Didier Drogba. Dominant defence display against Tottenham and man of the Match. Another superb performance from Thiago. Age is just a number!

Marcos Alonso had more shots and created more chances than any other player against Tottenham. 4 shots and 4 chances created. He also had the joint most shots on target (2) and got an assist.

Mateo Kovačić made more successful tackles (6) than any other player on the pitch during Spurs 0-3 Chelsea and no opposition player dribbled past him. And he got another assist. He is an absolute baller, he’s literally EVERYWHERE for Chelsea, 4 G/A this season but at the other end, won 6 Ground Duels and made 6 tackles.

Six wins in seven games from all comps

Chelsea mean business this season. One of Thomas Tuchel's greatest attributes as Chelsea coach is his ability to recognise when changes need to be made to address deficiencies. Kante absolutely changed this game.

It was a fair play to Kepa who also did a very good job to help Chelsea keep the clean sheet.

Tuchel: "We are competitive and we want to be competitive. It's good to have these hard situations now."

Thomas Tuchel believes Chelsea are ready to compete for the title but there are still areas to improve. Which areas do Chelsea need to improve on?

Content created and supplied by: JuizyNewz (via Opera News )