Cristiano Ronaldo and Neymar Jr are two of the best football talents of their generation and both have been linked with moves away form their respective clubs this summer transfer window. 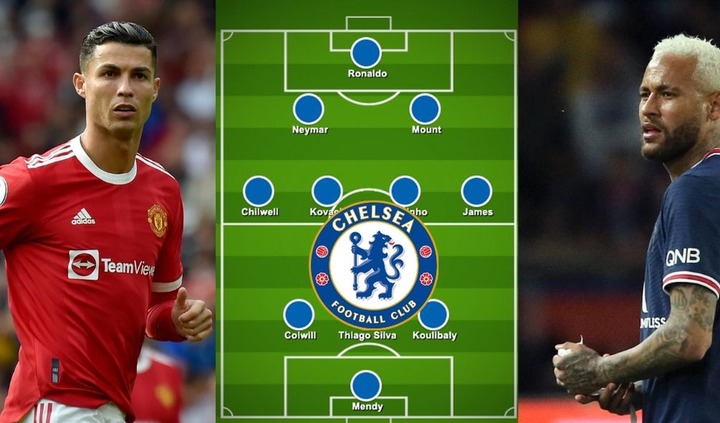 The Portugal international and the Brazilian have been linked with moves away from their clubs and that has drawn the attention of Todd Boehly.

Ronaldo requested to leave Manchester united if the club receives a good deal and his decision to leave is thought to be motivated by his desire to play champions league football next season.

Chelsea owner is apparently interested in signing the Portugal international and has even held a meeting with Jorge Mendes for a potential deal.

The Portugal international is valued at £17m, meanwhile, PSG are willing to sell their 2017 record signing at a loss in their bid to renovate Parc des Princes.

With Neymar who could be sold for as little as £76m also on Chelsea's radar, here is how Thomas Tuchel's dream team could look next season;

Tuchel has oftenly used a back three since coming to Stamford bridge in a 3-4-3 formation and that would make Ronaldo and Neymar a threat, although Chelsea's pressure will be lost. 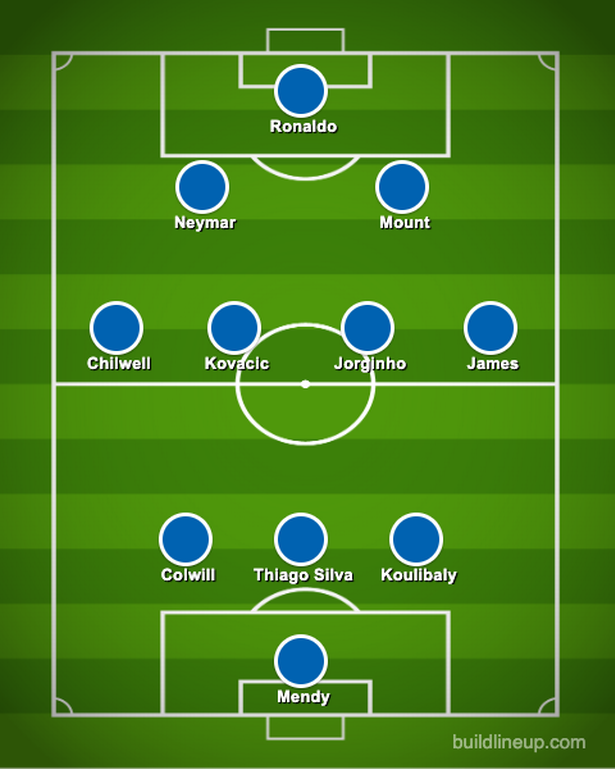 Both Neymar and Ronaldo have thrived in a 4-3-3 set up. Ronaldo could play a big role in the team in this case the same way he was in his Real Madrid days with Zinedine Zidane. 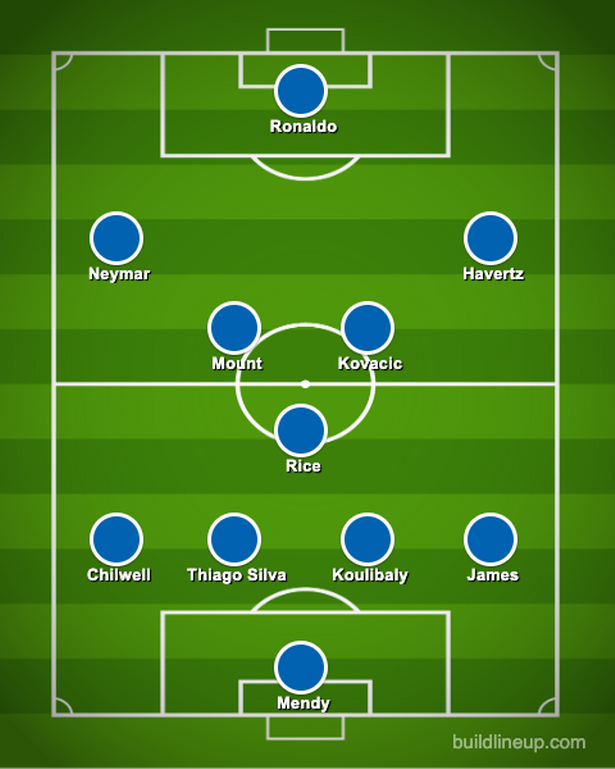 This formation was also used by the German in several occasions last season with Mason Mount being deployed in the number 10 role.

The formation is comparable to the 3-4-3 formation, giving the German a problem. 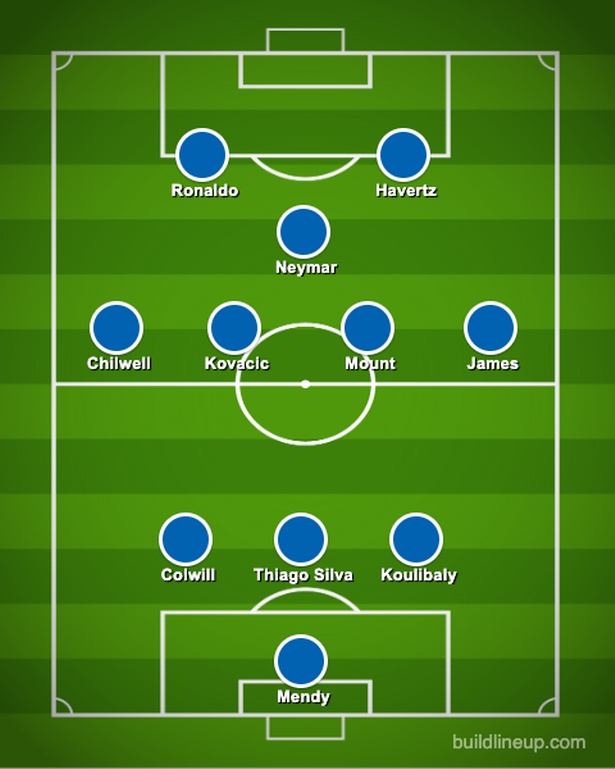