By Tiptop.News (self meida writer) | 1 months

Bayern Munich may have won the Bundesliga for the ninth time in a row on Saturday, but sharpshooter Robert Lewandowski has one more historic goal in mind. 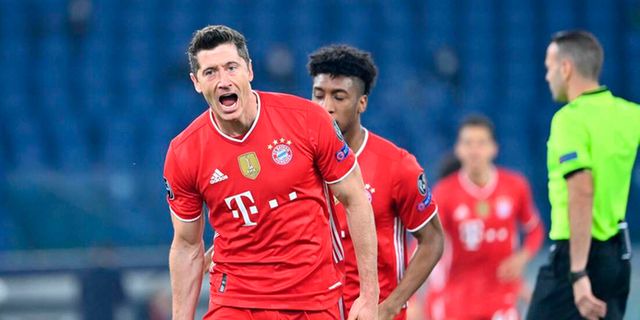 The Polish striker scored a hat-trick in Bayern Munich's 6-0 thrashing of Borussia Moenchengladbach this weekend, leaving him one goal short of Gerd Mueller's 49-year-old Bundesliga record of 40 goals in a single season. 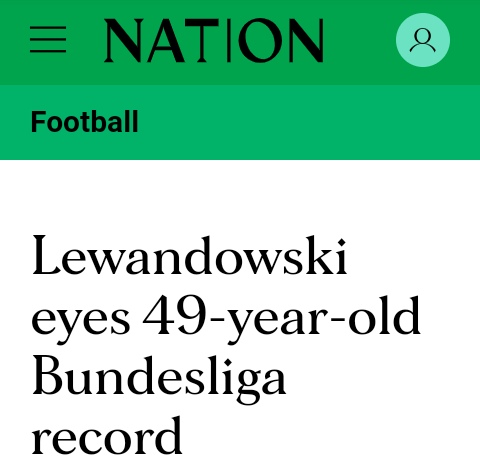 Lewandowski, who has 39 goals this season, has two more games to match and surpass the record set by Bayern Munich and Germany legend Mueller in 1972.

"Robert now has two games in which he can match or even better it. He would undoubtedly go down in the history of this club."

Lewandowski is currently the second-most prolific striker in Bundesliga history, behind Mueller, with 275 goals in 348 games for Bayern and Dortmund.

Last season, the Pole's 34 goals were the fourth most in a Bundesliga season, with Mueller occupying the top three spots.

Flick also warned Lewandowski that if he receives a yellow card against Freiburg next week, he "would need to be vigilant" in his pursuit of the record, as he risks missing Augsburg's final game of the season at home.

Thomas Mueller, on the other hand, backed his teammates to get Lewandowski across the line: "If he puts away the chances we have for him, then it will work out," the 31-year-old said.

On Saturday, Lewandowski expressed his gratitude for his teammates' encouragement, saying he was trying to keep his composure as he set his sights on Gerd Mueller's record.

"It doesn't help if you have a strong desire for it. You must maintain your cool "he said

Content created and supplied by: Tiptop.News (via Opera News )