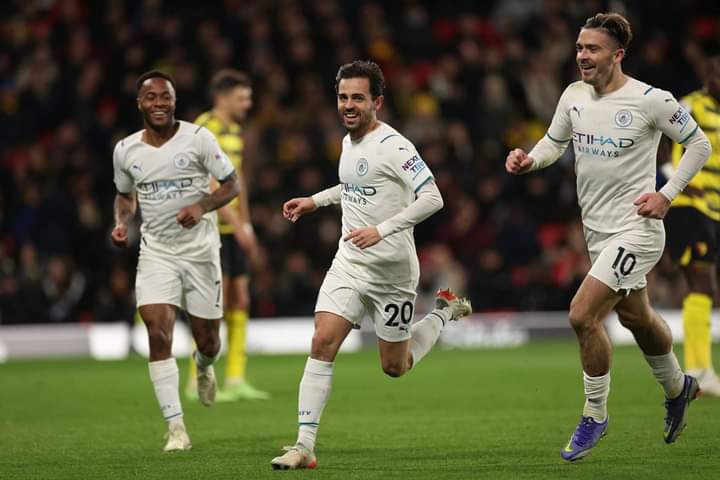 Manchester City met Watford in another game of the English Premier League. The club got all the three points after it thrashed Ranieri’s side 3-1. A brace from Bernardo Silva and a single goal from Raheem Sterling were enough to give the club all the maximum points. The club now lies in position one in the table standings for the first time this season.

Liverpool is in position two after the slim 1-0 victory against Wolves. Divock Origi came from the bench and rescued his team. Chelsea lost 3-2 to West Ham United and the club has now been pushed to the third position. 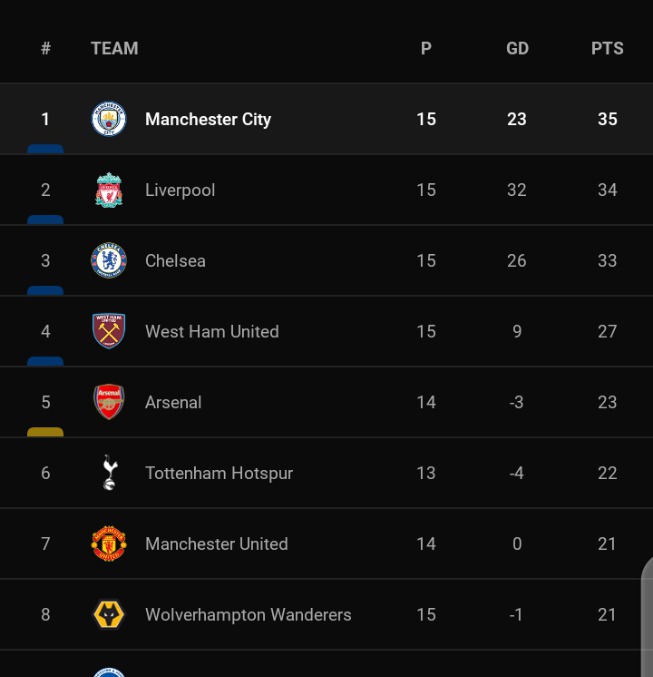 West Ham United has still maintained its position in the fourth place. This is after the big victory that it got against the Blues. Arsenal still lies in position five despite the fact that it will play its next game on Monday. Tottenham Hotspurs lies in position six while Manchester United in position seven.