By Spotty (self media writer) | 1 month ago

The game between EPL giants Liverpool and Atletico Madrid on Tuesday night was full of endless dramas. Diego Simeone refused to shake hands with Jurgen Klopp after the final whistle was blown.

The match ended with Liverpool being the winner in a 5 goal thriller.

Atletico initially came from two goals down to a 2-2 draw courtesy of Griezman who was sent off 12 minutes into the second half. 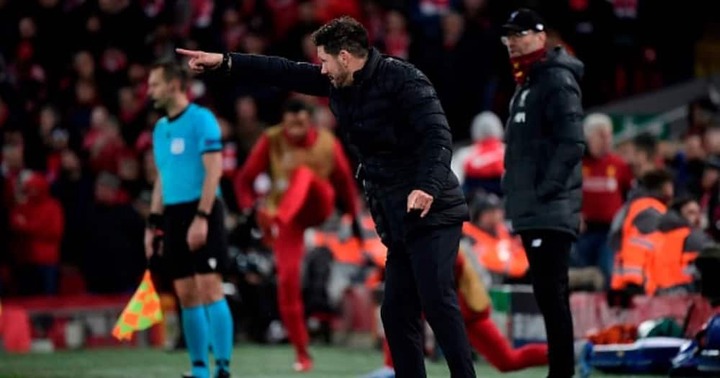 Mohamed Salah opened the scoring for his team 8 minutes into the action before Keita scored another 8 minutes later making it 2-0.

Griezman scored one for Atletico 20 minutes into the game before leveling matters in the 34th minute.

However, the Frenchman was sent off 12 minutes into the second half for dangerous play, with Liverpool taking advantage of the situation and scoring a penalty in the 78th minute.

Atletico were disappointed after VAR denied them a penalty they had earlier been awarded by the referee.

Nonetheless, it was Simeone's behavior after the final whistle that dominated the headlines.

The coach turned down handshake as is the tradition opting to run down the tunnel. 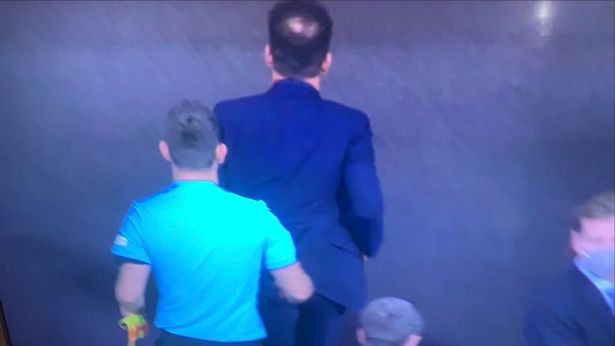 Simeone later came out to defend his decision claiming it is unhealthy. Ironically, he was quick to claim he would do it if the opportunity present itself.

"I don’t always greet after the game because I don’t like it. It’s not healthy for either the winner or the loser. I think of it that way. But now, when I see him again, I’ll greet him without any problem". Simeone explained.

Content created and supplied by: Spotty (via Opera News )