Porto finished in the second place of the group C champions league campaign after losing only one game to the English side Manchester City. Porto are unbeaten in the last 13 consecutive matches at the home grounds in all competitions.

Juventus on the other hand lead the group G after winning the six matches in their last eight competitive games. The visitors have been fearless on the road, recording six victories of the last 8 away matches. Their striker Alvaro Morata has so far better 6 goals for Juventus in the champions league. Five of the goals were scored after the halftime break. Juventus are set to record a win in tonight clash with a total of over two are more goals. 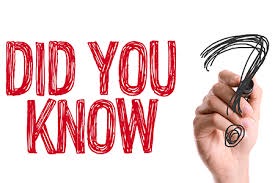 This will be the first time since 2017/18 UCL for the home team Sevilla to appear at this stage of the competition. Sevilla have prevented an opposition away goal in the first leg a match that ended 0-0. They did fail to register a win in their last 5 UCL home matches played against a team currently has a UEFA coefficient of over 80

Both teams are in fine form and capable of scoring. Though one of the key players, Ocampos L for the home team is to said to miss the clash. We are predicting this game to end in over 2.5 total goals.