Allan Shearer's Team of Game week 3; no Liverpool player in that team

By GichanaAkama (self meida writer) | 22 days

He made an oozed class and was calmness personified under pressure as Wolves mounted several attacks. It wasn't a bad start to his Premier League career. 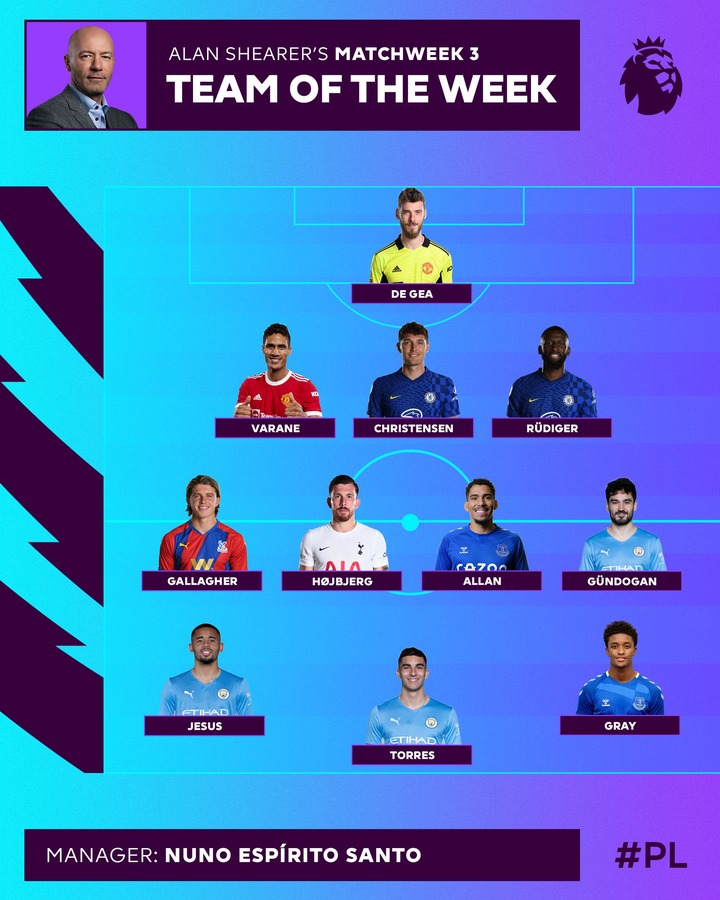 He stood firm all game particularly in the second half when down to 10 men. Made sure no goal was scored by the aggressive forwards.

Tough in the tackle, strong in the air and showed good recovery pace as Chelsea defended as if their lives depended on it at Anfield.

With two well-taken goals against an in-form Hammers side, the impressive Gallagher showed he is going from strength to strength.

He put in a solid shift in the middle as Tottenham Hotspur ground out their third successive victory to go top of the league.

He provided great protection and bossed the middle of the park for Everton.

He got the scoring under way and ran the midfield as the champions ran riot against Arsenal for their third 5-0 home league win in a row.

Justified Pep Guardiola's continued faith in him with a goal as well as another superb assist - his third of the season.

The Spaniard showed great movement as he scored twice and produced an assist.

Another goal and another very good performance from the summer signing. Was a threat throughout the game.

Do you agree with Allan Shearer's selection?

Content created and supplied by: GichanaAkama (via Opera News )