By @SmartReporter_Ke (self meida writer) | 17 days

Some of the best footballers in the world have allowed their bodies to become canvas for ink artists, including five-time Ballon d'Or winner Lionel Messi.

Barcelona’s talisman and football legend, Lionel Messi has been going under the needle to cover several parts of the body with ink for quite a while. Messi took inspiration from his teammate Dani Alves who is known for his full body tats.

Apparently, Messi was initially afraid of the pain so, he got his wife Antonella to get a tattoo first, and later, when he got his first tat, there was no stopping. The star has now collected some pretty impressive inks on his back, arm, and legs. Each of his tattoos holds a personal significance for him. Let’s take a look at Lionel Messi’s tattoos and their meanings.

The most striking tattoos Messi possesses can be found on his legs. His favoured left leg, in particular, presents an interesting image, since the bottom half of it is mostly black ink.

This is because he has had earlier tattoos - specifically a sword, angel wings and a red rose - covered up.

The only tattoos that can be found on Messi's left leg are a picture of his son Thiago's hands along with the first-born child's name on his calf, as well as the number 10 - which he wears for both club and country - and a football on his shin. 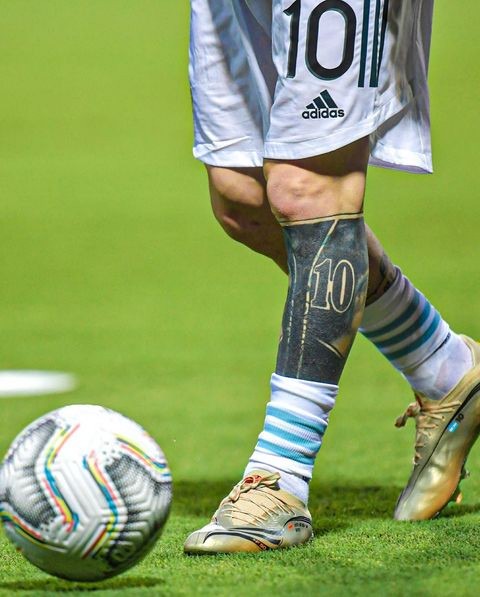 The number 10 is the jersey number of Lionel Messi for ‘FC Barcelona’ and ‘Argentina National Football’ team. Earlier, Messi has the entire sleeve of a dagger with wings and roses pattern which he later got it covered. Now, he has only the handprints, number 10, and football tattoos on his left leg. 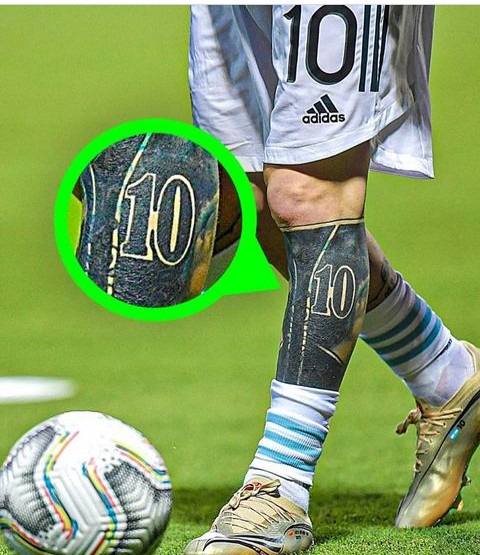 ‘Football’ Tattoo on his left leg.

Messi developed a passion for football from an early age by playing constantly with his brothers and cousins. Today, Messi is considered the best football player in the world and one of the greatest players of all time. He has achieved all this only through his dedication towards his goals. To express his regard and feelings towards his sole passion, he got inked the football on his leg. 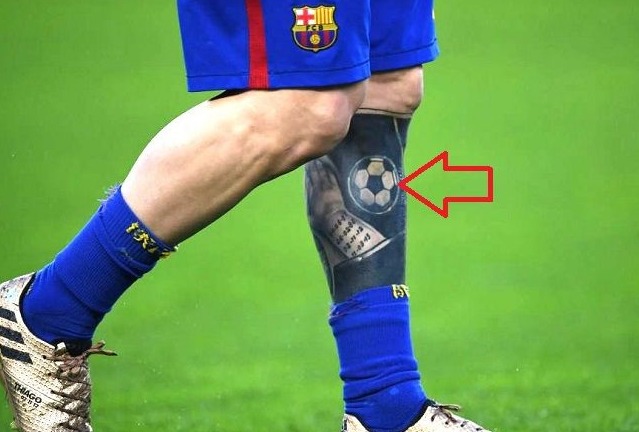 ‘Dagger with Wings’ Tattoo - This one actually no longer exists. Messi decided to cover all the tattoos on his left leg, apart from the ones that we've already mentioned after getting trolled on social media for the dagger pic. 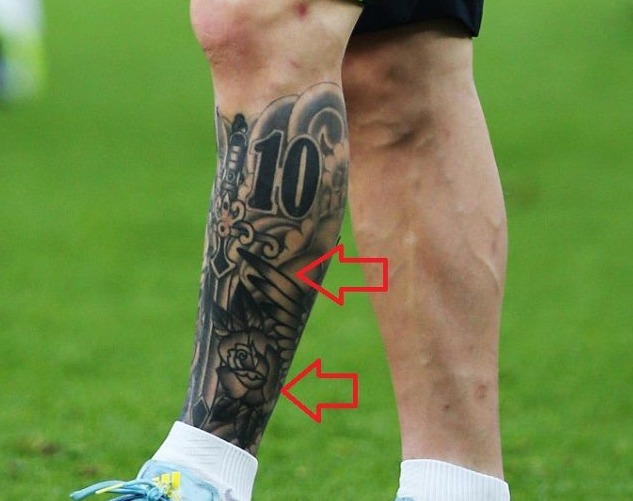 ‘Thiago’ Tattoo - Even though Messi's genuine intention was to tattoo the handprints of his newborn son Thiago, some suggested that it represents ‘Maradona’s Hand of God’ goal. Thus, Leo was forced to add his son’s name to the handprints tattoo.

But why is it there under the child hands? They say there were rumors before this “Thiago” was painted onto Messi’s calf that the hands on his calf represented the “Hand of God”; the hand that actually helped Maradona score against England in the quarter final of 1986 FIFA World Cup. 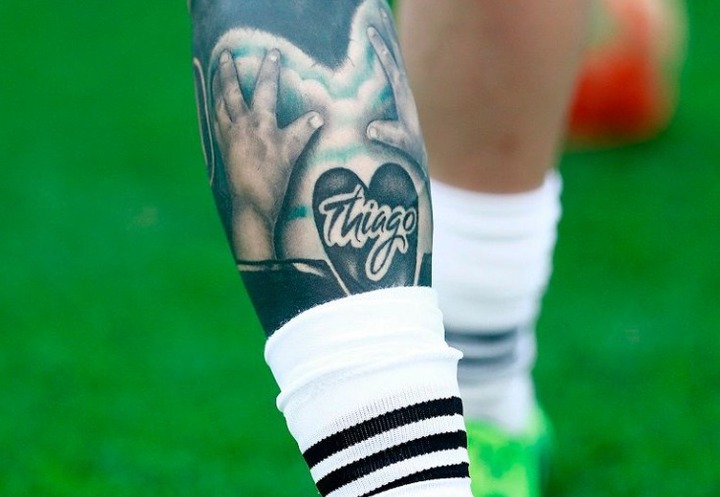