Premier League Table After Round 7

By YoboNews (self media writer) | 18 days ago

The seventh round of the premier league was played last weekend and it was competitive and tough as usual.The premier league now takes a two week break to give room for international World Cup qualifier matches. Matches will resume in mid October.

It is important we know how the table is going to look like for the next week. But before then let's talk about the results of the big teams in round 7 of the premier league.Pressure continue to pile for Ole Gunnar Solskjær at Manchester United after they were held to a 1-1 draw by Everton. The visitor's Andy Townsend goal cancelled a first half strike by Anthony Martial.

However, Chelsea were back to winning ways after two late goals helped them beat Southampton 3-1. Brighton and Hove Albion were held to a frustrating goalless draw by Arsenal.

On Sunday, a classic match between Manchester City and Liverpool ended in a 2-2 draw at Anfield. Moh Salah scoring a stunning goal in the entertaining second half.Brentford also shocked West Ham after a late goal for Brentford meant they took all the three points in a 2-1 win and finally Tottenham Hotspur bounced back from a disappointing derby loss last weekend to beat Aston Villa 2-1.

Chelsea will remain on top of the table during the international break with 16 points followed by Liverpool who have 15 points.Manchester City and Manchester United sit 3rd and fourth consecutively with both of them having 14 points but United have inferior goal difference. 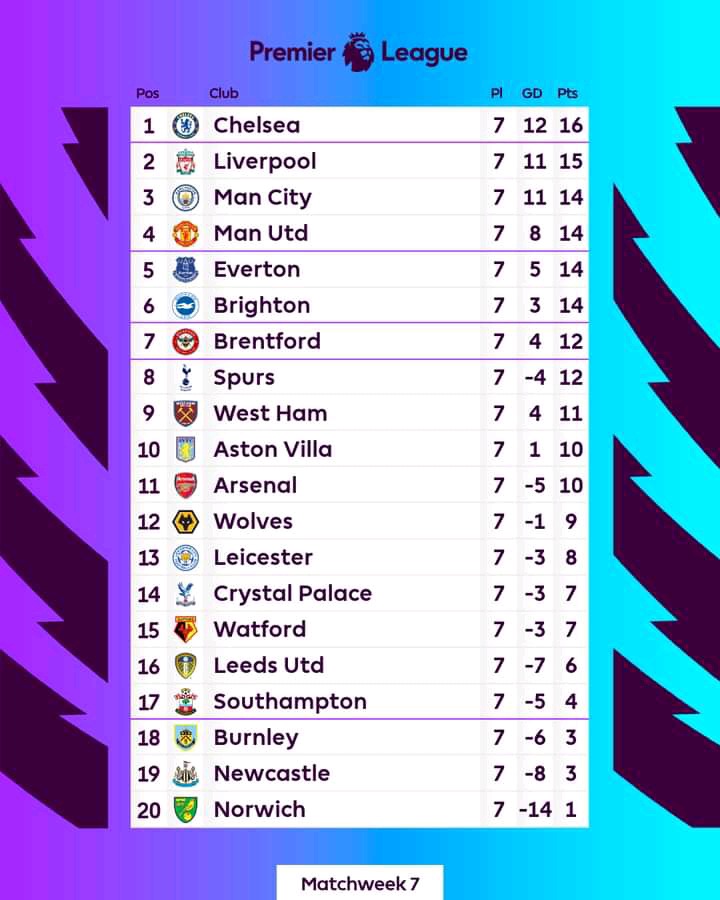