By KokiNews (self media writer) | 25 days ago

In every sport there will be injuries waiting to happen, some are minor that are easy to recover from, others may take up years to recover while there are those that are horrific that it endangered their lives and cost their professional careers 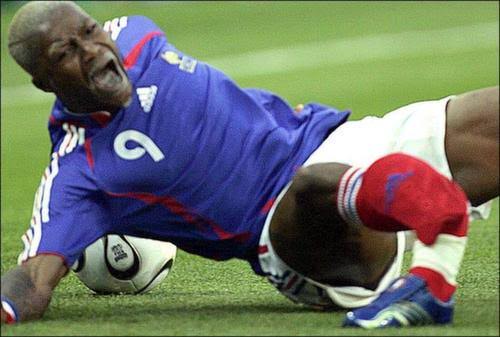 . Football players from various countries have experienced such horrific injuries.

The following are top 3 worst injuries occurred in football matches.

An English footballer who was having a good career, Kieron Dyer played for Ipswich Town and Newcastle United before moving to West Ham United in 2007. Ten days after he made his first appearance for the club, Kieron Dyer suffered a harrowing injury against the Bristol Rovers in a Carabao Cup match. Kieron Dyer’s injury was so severe that his right leg broke in two places.

What made Ronaldo's knee injury against Lazio so devastating was that it happened just six minutes into his comeback, five months on from his first serious setback. The Inter Milan star was through on goal and attempted a stepover when his right knee caved underneath him and he was left writhing in agony. 'El Fenomeno' was never the same player again.

Shaw admitted he feared he may never play again after suffering this horrific double leg break.

The Manchester United and England defender was out of action for 10 months after suffering the appalling injury in a Champions League game.