By NewsHourKE (self meida writer) | 24 days

Germany’s Bundesliga Giants, Bayern Munchen has received a huge blow following the Club's coach latest statement on his plans to quit the club at the end of the season.

Hansi Flick [56] has been the club's coach since November 2019 and after being signed on contract that runs until 2023. Flick made the announcement after thrashing Wolfsburg, three [03] goals to two [02] helping the club maintain 7 points clear atop.

Flick has allegedly been linked to Germany National team after the current coach Joachim Low's high possibility of quitting the team by the end of the season. 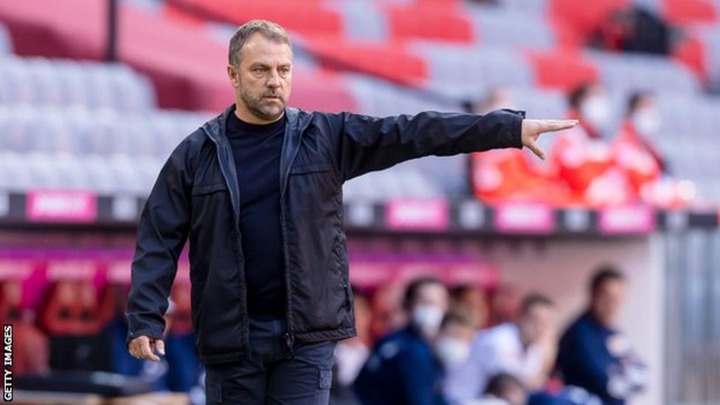 Flick revealed the news to the Sky sports that he had earlier on in the week informed the club about his plan to terminate his contract by the end of the season.

However, following speculations that he is set to coach the German national team, Flick refuted saying that the future was absolutely not clear as there had not been any discussion about the move.

[The future is absolutely not clear…There has been no discussions regarding that] He added.

As Bayern's coach, Flick has enjoyed quite fruitful of moments, after winning European Champion’s league [UEFA], Winning German Cup in 2019|20 Season. He took over as interim boss in the 2019 before being signed on contract.

Flick has won 6 trophies on overall after his first 16 months in charge. He has won Bundesliga, EUFA champions league, and won the world club cup in February. However, lately having been knocked out of the champions league by PSG of France, the club’s  season has become one full of frustration with lack of new signings.

What The Famous Kakamega Twins Scored In Their KCSE