The final match of the Premier League round 15 was played last night at Goodison Park where Everton hosted Arsenal. Demirai Gray scored a late winner to help Everton sink Arsenal. 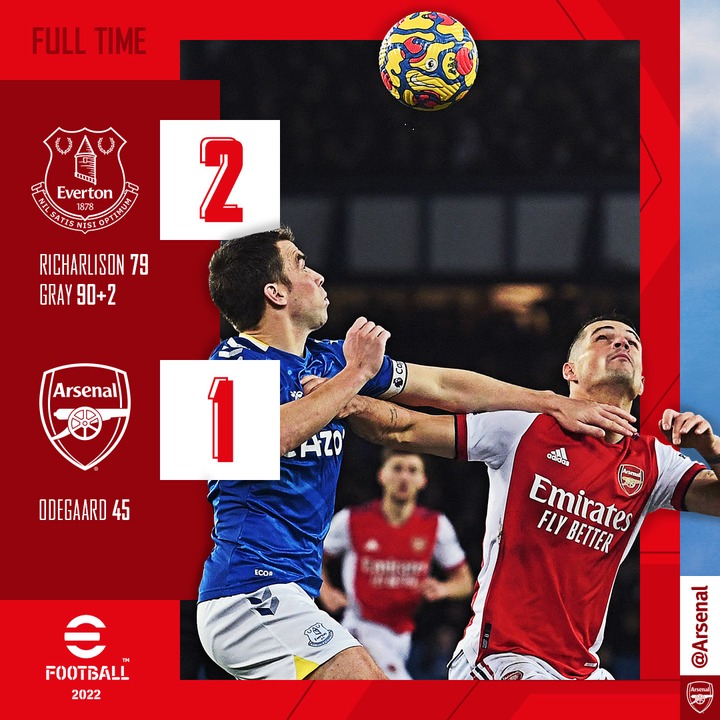 Arsenal fans will not be happy with the refereeing of the match especially with the decision to not send off Everton defender Godfrey after a horror foul on Arsenal defender Tomiyasu. 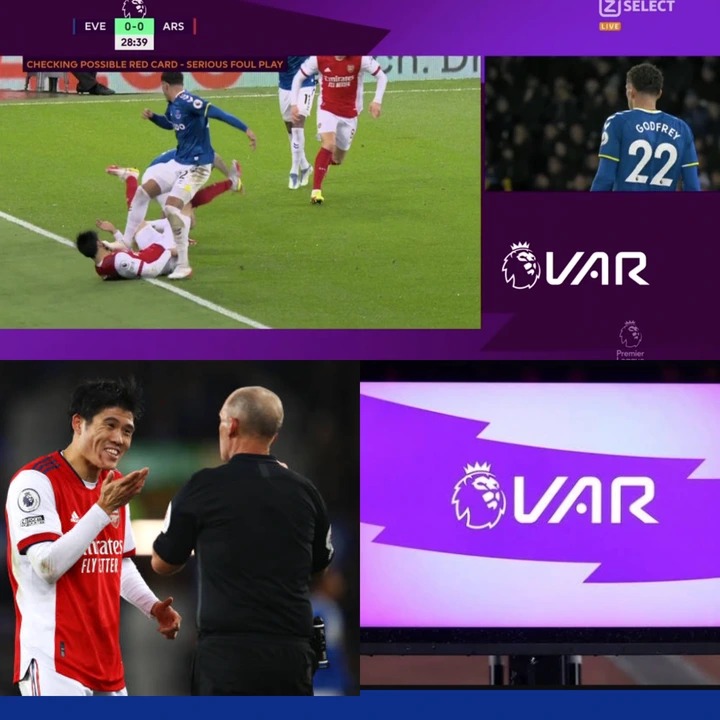 Ben Godfrey was involved in a battle with Tomiyasu in the 20th minute when the Arsenal defender fell. Godfrey then stepped on Tomiyasu's face with his right boot which caught the attention of the video assistant referee. However, after a brief review, the referee decided that the challenge was not violent hence no card was awarded. 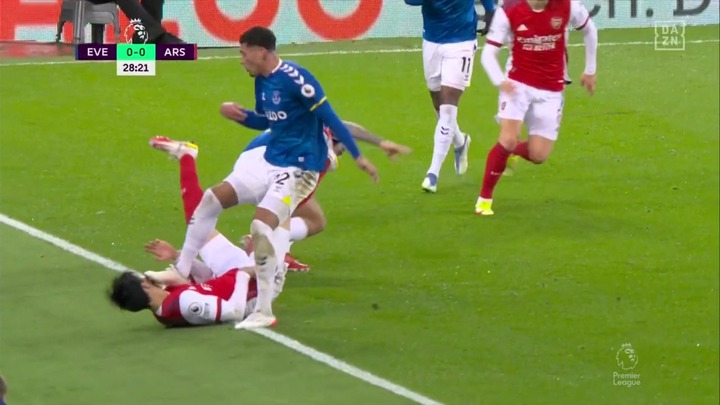 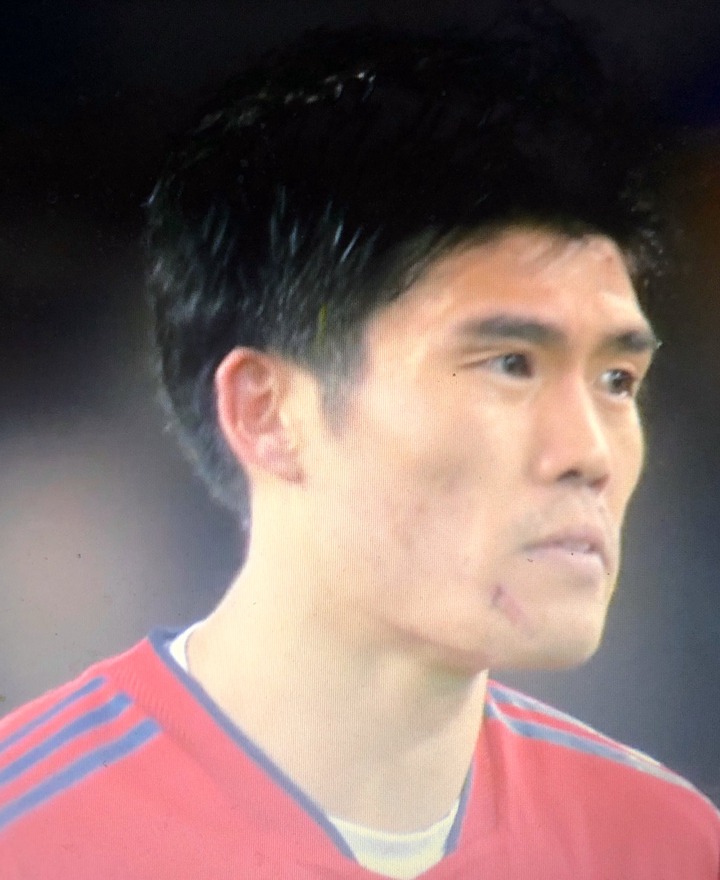 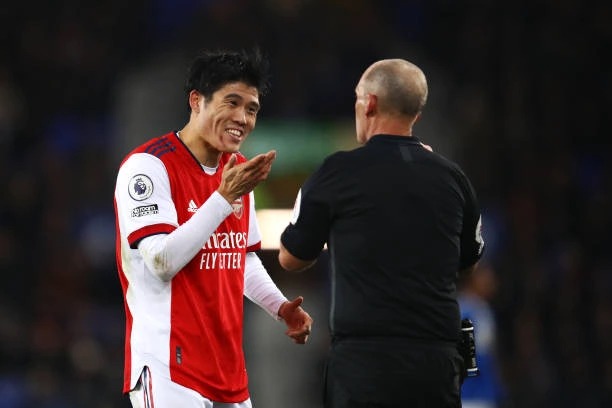 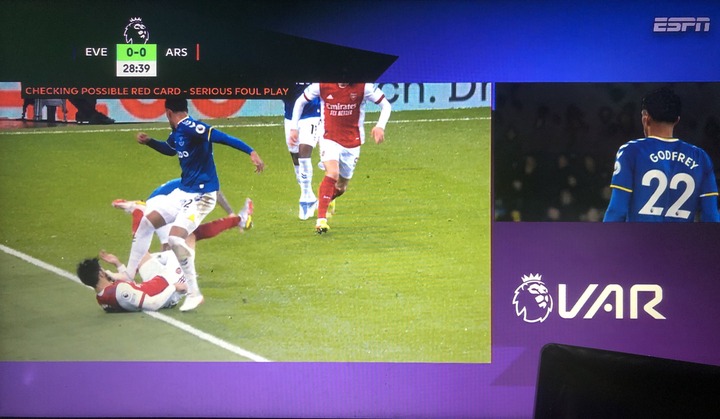 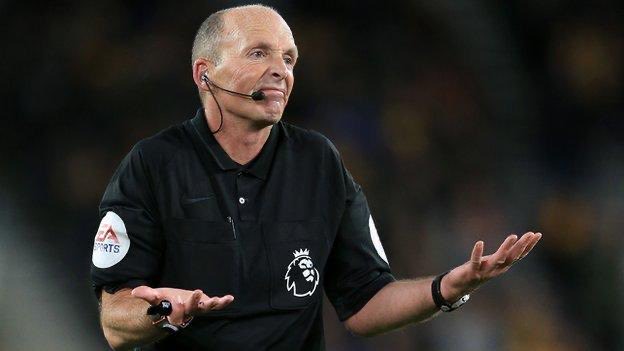 His decision to not even award a yellow card came at Arsenal's expense as Godfrey was again involved in a bad challenge in the 2nd half which saw him get a yellow card. If the referee had awarded a yellow card in the first challenge, then Godfrey would have been sent off and Arsenal would have had an advantage. Arsenal was beaten 2-1 by Everton with Richarlison canceling Martin Odegaard's first-half strike. Demirai Gray scored a stunner in the final minutes to help Everton get all the 3 points. 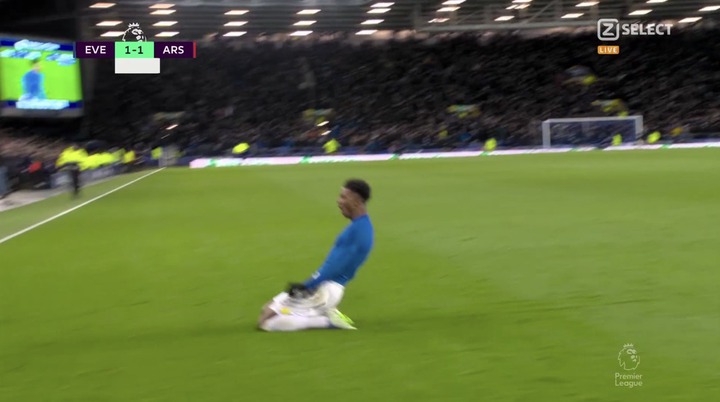