By ThisIsMwenda (self media writer) | 11 months ago 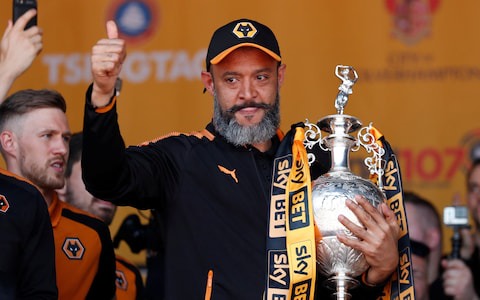 Nuno Espirito Santo will not be the next Crystal Palace manager because the club refused to meet his demands.

Nuno stepped down as manager of the Wolves at the end of the 2020-21 season after four years in charge.

Wolves have now appointed Bruno lage as there new head coach ,they announced through there twitter account. 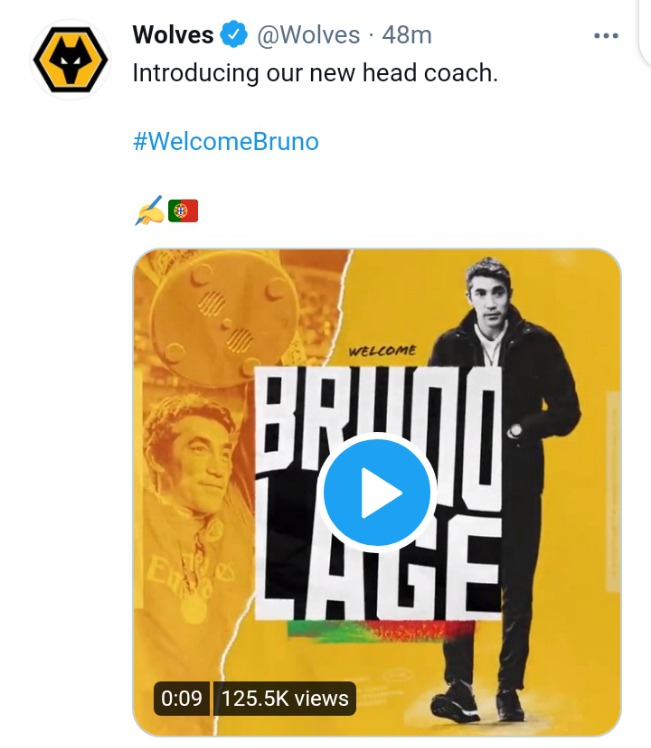 After eight years as a youth coach at Benfica, the Portuguese took over as manager of the first team in the middle of the 2018/19 season and immediately won the title.

In the second half of the season, he oversaw 18 wins from 19 league matches, and his team finished the season with a record-equaling 103 goals.

Lage has Premier League experience, having worked as an assistant to Carlos Carvalhal at Swansea City in 2017/18, and now has the opportunity to lead his own team in the competition.

" A trend in Lage's career has been his development of youngsters, including Joao Felix, who earned a move to Atletico Madrid, while his improvements of Ruben Dias and Carlos Vinicius saw both move to the Premier League last summer," Wolves said in a statement.

“This is a team and a club that want to make history and compete in the Premier League. So I'm happy, excited, and filled with a strong desire to do great things for this club.”

Lage and Wolves will learn who their first 2021/22 opponents will be when the fixtures are released on premierleague.com on Wednesday, June 16th.“It's a big opportunity,” Lage told the club's official website. I'm overjoyed to have returned to this country and to be the manager of such a large team.

Content created and supplied by: ThisIsMwenda (via Opera News )