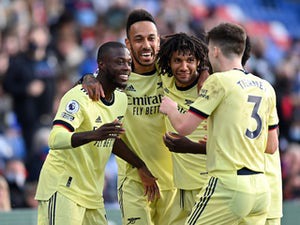 Arsenal welcomes Brighton & Hove Albion on the final day clash of the Premier League season being determined to play for in their campaign to qualify for Europe.

Arsenal are competing with Everton and Tottenham Hotspur for position seven, which would earn them a slot in the inaugural Europa Conference League.

Leicester City will aim for a win over Tottenham Hotspur on Sunday afternoon ,this will aid them to finish in top four slot in English Premier League that shows a direct entry to play champions league next season..

The Rodger's boys are currently in position five in the table, same level on points with fourth-placed Liverpool, whereas Tottenham hotspurs stay in seventh spot and they can still make it for next season's Europa League.

Liverpool will be looking for a win welcome they welcome crystal palace on Sunday afternoon.The reds will be with the home advantage as they play in front of thir fans.Jurgen Glopp's aim will be a victory,this will enable them to secure a spot in top four and thereafter playing champions league next season.

Everton is still in contention for Europa league as they are heading into their match with English premier league champions Manchester City on the Sunday afternoon which makes the final day of the Premier League season.

Both Teams To Score. 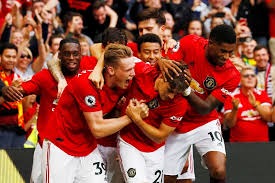 Chelsea will be looking for a victory in the clash between them and Aston Villa.

Chelsea's victory in the clash will definitely earn them a spot to play champions league next season. 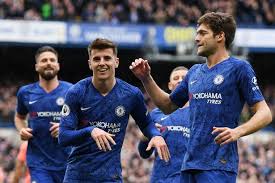 Content created and supplied by: @informer (via Opera News )

Biblical Word Of Encouragement on Not Giving Up Too Soon

8 Gorgeous Celebrities Who Prove Age Is Just a Number

Kalonzo Musyoka Declares War on Raila Odinga, Reveals What he Will do