By Annnjeri (self meida writer) | 18 days

Kido is blessed with tremendous pace and trickery up his sleeves that has proven to be a menace to opposition defenders while he has featured for the U-23s side for Arsenal and the U-17s for England.

Predominantly a traditional left winger,Kido is reported to have impressed the Arsenal coaching staff because of his tactical nous that allows him to switch positions during match. 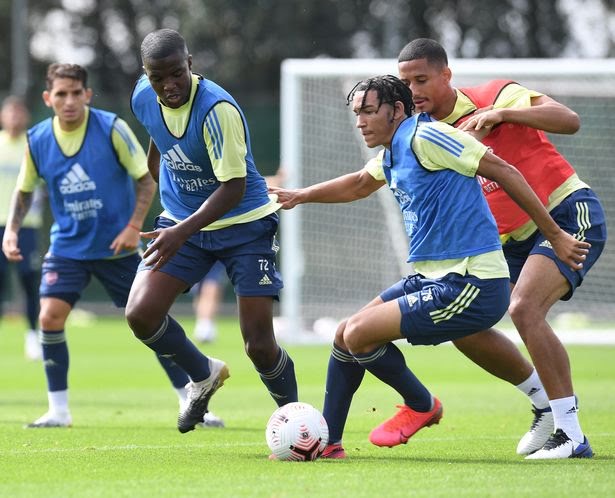 Arsenal are keen to tying the prodigy to a long term contract as his current deal expires in the summer and have offered the winger a contract extension amid interest from Bayern,Barcelona and Juventus.

The teenage sensation has been at the club since the age of seven and is said to be among the top three fastest players at the academy with his performances causing waves having recently hit a hat trick against Norwich.

The Hale End could prove to be another savior for Mikel Arteta and Arsenal and they could no longer have to spend the £72m they paid to Lille to sign Ivorian winger Nicolas Pepe.

Manchester United Dominates The EPL Game 32 Team of the Week