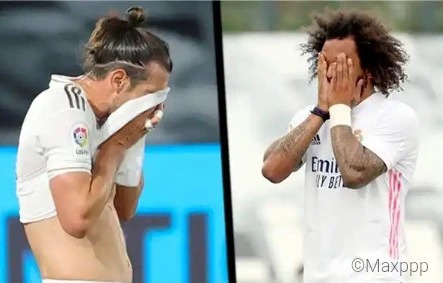 During the match against Real Betis, many members of the Merengues team who have been highly influential in recent years will play their last game.

Tonight's game may be the last one for a number of Real Madrid players who have been with the club for a long time. The encounter against Real Betis is being seen as the last dress rehearsal for Carlo Ancelotti's players before the Champions League final, which will be played against Liverpool in Paris on May 28. The match will take place before all eyes.

The Brazilian Marcelo is one of the players that people are concentrating their attention on with relation to this matter. The former Canarinho national footballer has demonstrated his desire to continue at the club, and he has even indicated that he would be willing to take a pay cut in order to remain there. He is the most successful footballer in the history of the Chamartn team, and he currently wears the captain's armband.

However, many in higher-up positions have their doubts about this prospect, and they wonder whether his continued presence may stymie other opportunities, such as bringing Fran Garcia back or placing bets on Miguel Gutierrez.

Isco Alarcón is another one of those who will be saying their goodbyes. The midfielder's influence has been decreasing throughout the seasons since he joined with the team from Malaga due to his deteriorating performance, and he is now considered a supporting player. Despite rumors that Real Betis and Sevilla are interested in signing him, his future club is still a mystery since he has a record that is unrealistically high given his performance.

Gareth Bale, a winger, is the only player whose departure can be considered absolutely definite. During the last several years, during which he has spent a greater amount of time away from the squad than on the field owing to a variety of physical issues, he has become completely divorced from the dynamics of the team. The Welshman, who was instrumental in the achievement of a decent number of trophies, will say his goodbyes to the whites via the back door, so sullying his history with the team.

Luka Jovic, Mariano Dáz, Dani Ceballos, and even Marco Asensio are some of the other footballers that may be leaving Los Blancos today. Real Madrid is prepared to let these players go because of their secondary roles and the other acquisitions that are planned for the team.