By @SmartReporter_Ke (self media writer) | 3 months ago

Germany scored five first-half goals on the way to a 7-1 demolition of Latvia on Monday, completing a successful dress rehearsal for their European Championship campaign starting next week. 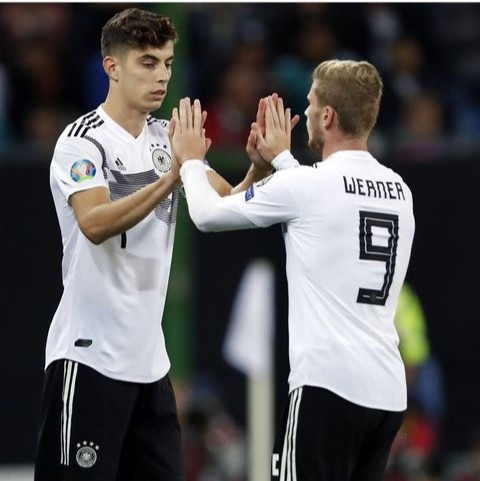 Kai Havertz continued his fine form on Monday night as Germany wiped the floor clean with Latvia in a 7-1 friendly win.

He was subbed at halftime, but if Low played him more, I’m sure that he could have won the Meister of the match. He combined wonderfully with Thomas Muller and made tons of good chances.

Not ten days after scoring the winner against Manchester City in the Champions League final, Havertz set up Germany’s opening goal, had a hand in Germany’s second goal two minutes later, then scored one of his own that was eventually awarded as an own goal by the goalkeeper instead. Germany led 5-0 at the half, with Havertz directly involved in three of those goals 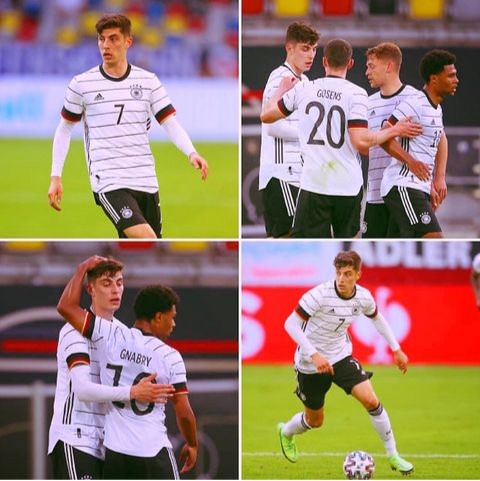 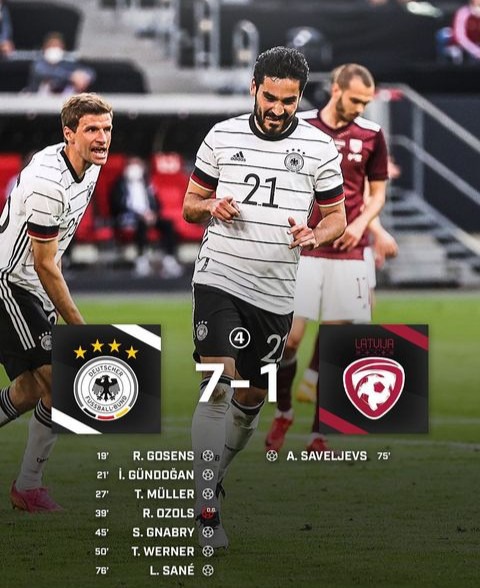 Kai did not play full time and was replaced at halftime by fellow Chelsea Man Timo Werner who also contributed to the 7-1 with one goal. Germany had one solid defence playing three men at the back one of them being Chelsea Antonio Rüdiger who play a very key role there as he is used in Chelsea.

The Blues will hope to see their player continue being on the top form for next season campaign and praying for them not to pick injuries as this may ruin their plan. 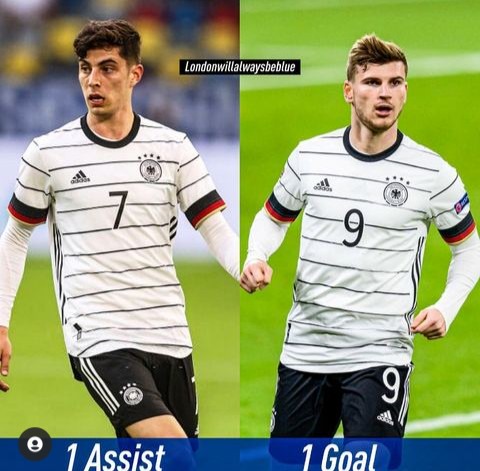