Manchester United's Pursuit Of Zidane Met With A Huge Blow

By RonnyMasiga_1 (self media writer) | 2 months ago

Premier league giants Manchester United are keen to get a suitable manager to take over at Old Trafford. The club's resemt poor form has attracted pressure to sack manager Ole Gunnar Solskjaer with Zinedine Zidane as the potential Successor 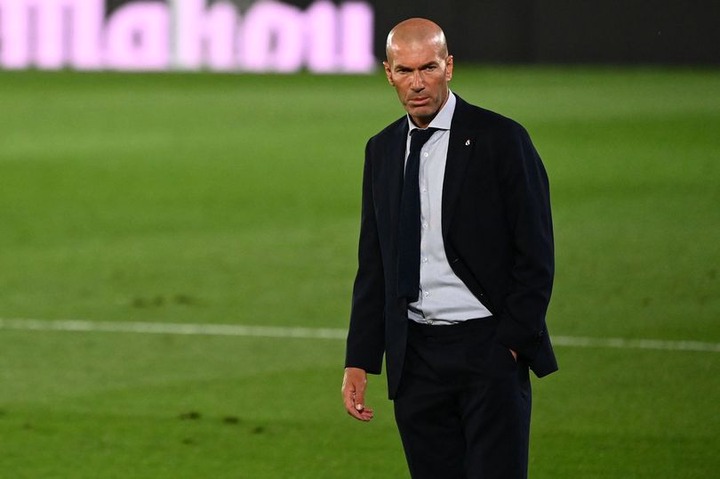 The three times Champions league winner is reportedly interested with opportunity to lead Manchester United. The prospect of having Cristiano Ronaldo and Rafael Varane is allegedly appealing to him. United's squad, the second most expensive ever assembled in terms of transfer-fee commitments, also contains Paul Pogba, a midfielder he repeatedly tried to bring to the Santiago Bernabeu. United hope that the strength of Zidane's relationships with Ronaldo and Varane can help overcome reservations the 49-year-old has over moving to the Premier League, including a limited command over the English language.

It is however reported that the deal may as well be collapsing afrer sources claimed that Zidane's wife is not buying the idea of moving to England. The wife, Veronique Zidane, is reported to have no interest of living in Manchester and would prefer her husband to take a longer break before returning to football. The former France international is a free agent after deciding to step down as Madrid coach for a second time in May and can be hired without payment of a compensation package.