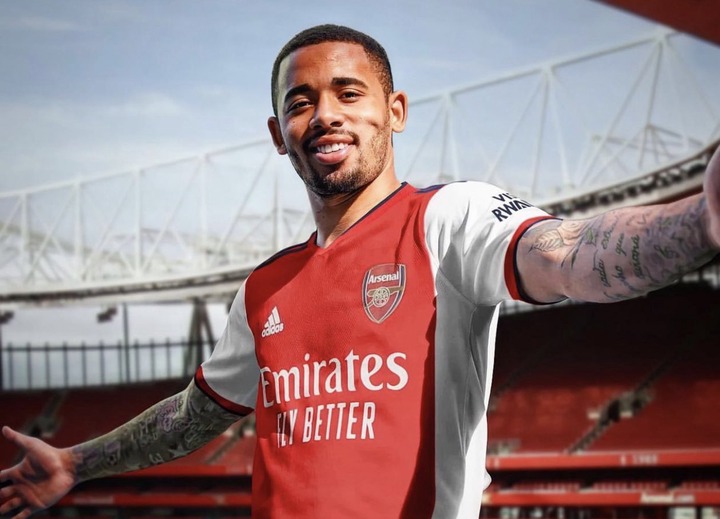 Gabriel Jesus has officially joined Arsenal from Manchester City and signed a five-year contract with the club which will keep him at the Emirates until 2027.

The 25-year-old Brazilian striker was signed by Mikel Arteta to replace the likes of Alexandre Lacazette and Pierre-Emerick Aubameyang who left the club this year. The north London side was left without a reliable striker who can score more than 20 goals a season.

Jesus will offer a huge improvement in the team's attacking front and he will be of great help to the youngsters at the club. He has had a great experience in the Premier League since 2016 winning four league titles under the management of Pep Guardiola. 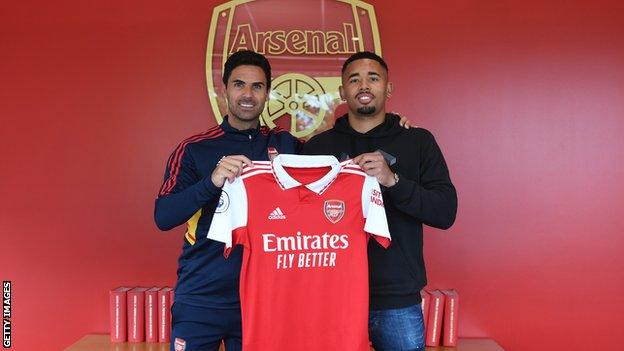 The star was the priority target for Arsenal boss Mikel Arteta since the end of last season and after bringing in the Brazilian forward his team is likely to look more lethal. He could score numerous goals under the Spaniard manager as the team looks more complete than ever.

However, Gabriel Jesus has delivered good news to Arsenal fans that would make them get to love him more after joining the club this summer from current league champions Manchester City.

"I was a greater follower of Arsenal when I was young because I always enjoyed watching Thierry Henry", the striker stated.

"When I watched the brilliant players at the club I was amazed and loved the way Arsenal is a big club", Jesus added. 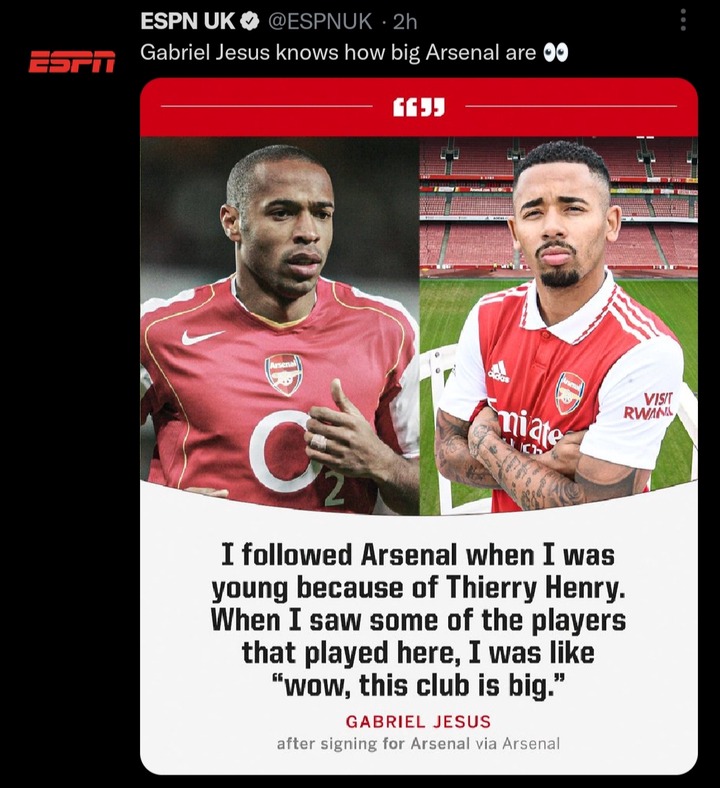 This great news would make the Gunnera fans happy from their new signings who are hoping to make an immediate impact at the club. He has proved he is a great follower of Thierry Henry and he will be hoping to make the same impact as the French striker.