By Mazaf (self meida writer) | 7 days 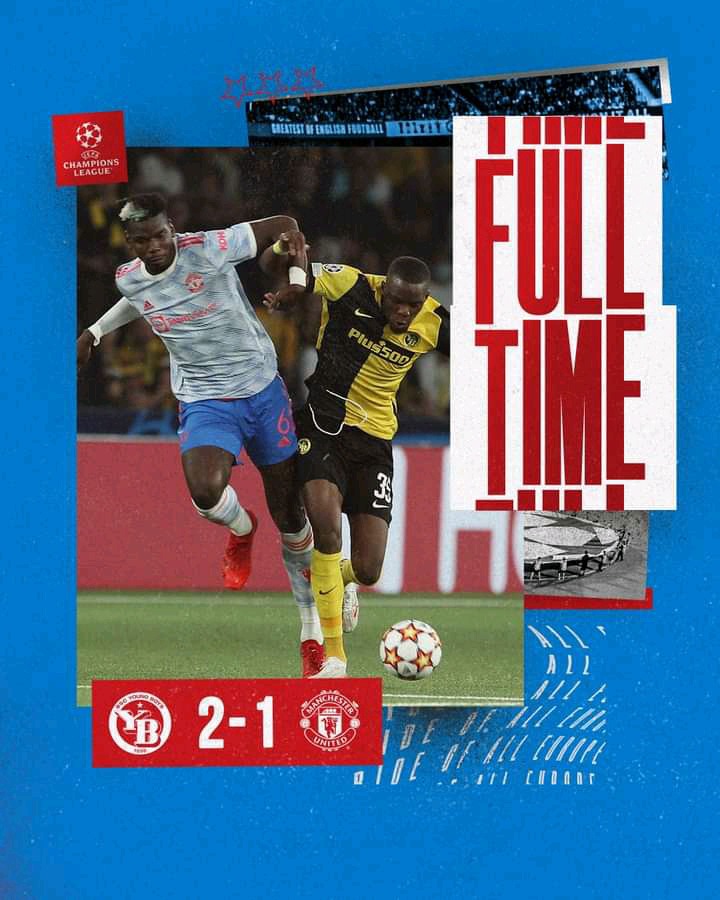 Manchester United suffered a defeat to young boys of Switzerland in the champions league opener game. In a game played in Youngboys' stadium, Manchester United was unable to get even a point from it.

This comes even after Ronaldo making his debut in champions league. He opened the scoring at the 13th minute. Young boys later equalised and scored a winner goal at the 95th minute. Here are the notable mistakes from Manchester United.

Overconfidence. Everybody was sure Manchester United was winning the game. They all came to the field knowing they are favourites to win. They forgot anything can happen in the field. The Ronaldo presence gave them 100% trust and faith of winning. This costed them much.

Midfield pair. Manchester's midfield was poorly constituted today. Actually they lost all matches and even made no tackle at the midfield. No creativity was witnessed at the midfield today. The Young Boys capitalized on this and easily defeated the red devils.

Wan Bissaka Red card. Undoubtedly this redcard changed everything in the field. Ole Gunnar was forced to bring in Dalot for Sancho. Automatically this led to the defeat. However, this might not be the main reason.

Young Boys now lead in their group. We wish all teams the best.