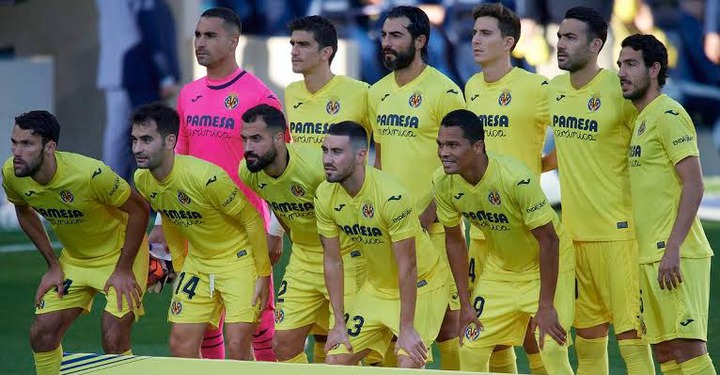 With 55 shots in the last two games, no goals and a pair of 1-0 losses, Manchester United's attack is looking blunt.

That's even with Cristiano Ronaldo back at the club, although he only played in Saturday's defeat to Aston Villa and not the League Cup exit to West Ham.

There will be little room for error in the Champions League if Villarreal can't be beaten at Old Trafford in Group F today after United opened two weeks ago with a loss to Young boys.

Villarreal beat United in last season's Europa League final and Ole Gunnar Solskjaær will want to avoid United dropping into Europe's second-tier competition again after benefiting from so much investment in the squad.

Just over four months after losing the Europa League final to Villarreal, United will be seeking revenge against their Spanish counterparts when the two sides lock horns in the Champions League group stage to night (10pm).

The Red Devils suffered a surprise 21 defeat to Young Boys in their opening Group F encounter, while the Yellow Submarine played out a 2-2 draw at home against Atalanta.

Currently in the middle of a run of tour consecutive home games across all competitions, United now turn their attention back to the Champions League where they come up against a Villarreal outfit, who they have failed to beat in each of their five previous European encounters.

In fact, all five meetings against them have ended in draws, four of which were goalless, except for last season's Europa League final which the La Liga side won 11-10 on penalties after a1-1 draw in 120 minutes.

In addition, Solskjaer himself has an unwanted Champions League record as United's boss, as the Norwegian is the only manager in the club's history to lose more than 50% of his games in charge, losing seven of his 11 matches in the competition.

United have never lost their opening two games in a major European competition, but if they were to fall short tonight, then further questions will certainly be asked regarding Soskjaer's long-term future at the helm.

Villarreal extended their unbeaten record across all competitions to seven matches, when they played out a goalless draw away at Spanish giants Real Madrid last weekend.

Meanwhile, Champions League clash at Juventus on Wednesday offers the perfect opportunity to red is cover their attacking rhythm and respond to a1-0 Premier League defeat by Manchester City over the weekend, defender Andreas Christensen said.

Chelsea's 5-3-2 formation was designed to frustrate City but offered little other than defensive solidity with manager Thomas Tuchel questioning his tactics after a second-half goal from Gabriel Jesus handed them their first league defeat.

"It's the perfect game to respond, absolutely," Christensen told the club's website about the trip to Italy

"It's not nice to lose our first match, but now we have another game coming up very quickly and it's another tough game as well. It'll be a tough game but it's a great opportunity to get back to playing football the way we want to play, the way we see ourselves, playing on the front foot again."

Christensen said Champions League titleholders Chelsea do not view themselves as a defensive team.

"We've shown in other games we can play with a back five or a back three," the Denmark star said.