Countries Qualified For World Cup Round Of Sixteen

By Go-getter (self media writer) | 2 months ago

In 2022 World Cup, there are overall 32 teams that typically are competing in this period between November and December.

Finally on the ongoing World Cup group stage's knockout, a number of five group's have finished their third phase only to remain with three groups that'll conclude the last and third phase this week.

Round Of Sixteen Qualified Football Clubs

Netherlands lead's with seven points seconded by Senegal with 6 points which have qualifed for the round of sixteen. Ecuador and Qatar have been knocked out from group stage. 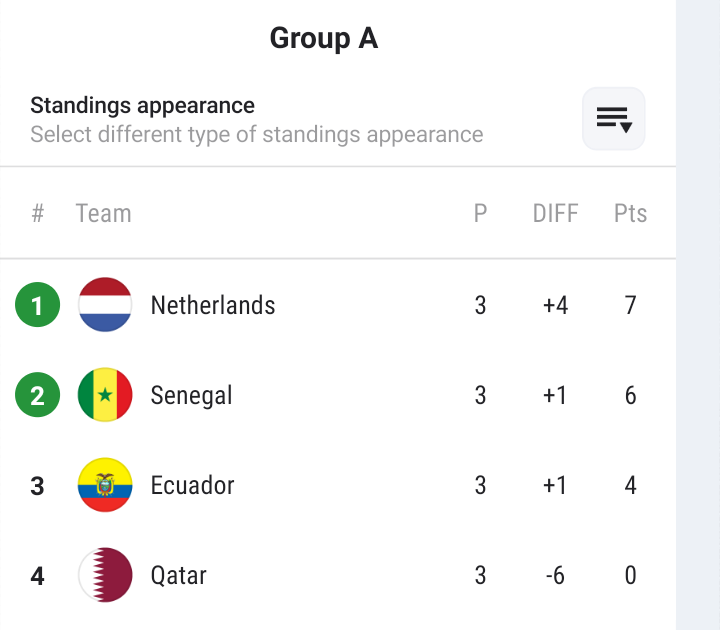 England dominates the group with seven points followed by USA with five points and hence qualifed for the round of sixteen. I'm the same group, Iran and Wales are knocked out from the World Cup. 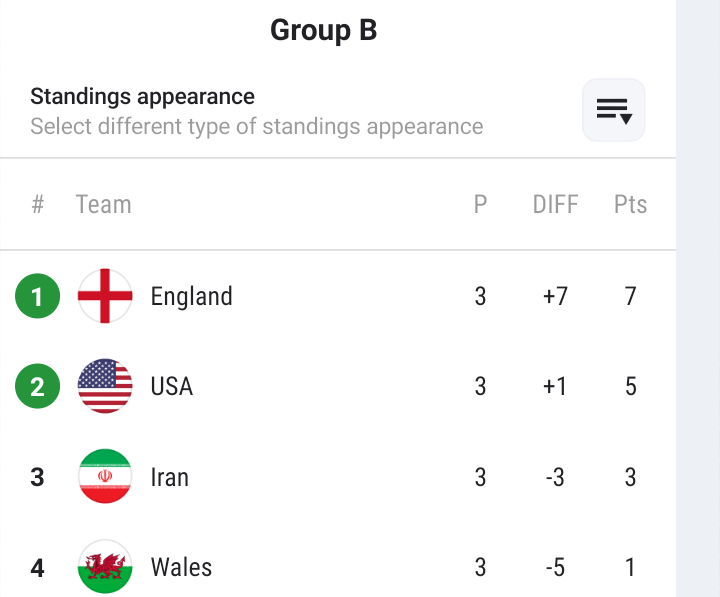 Argentina with six points after Poland with four points qualify for the next round of sixteen. Mexico and Saudi Arabia have been sent home. 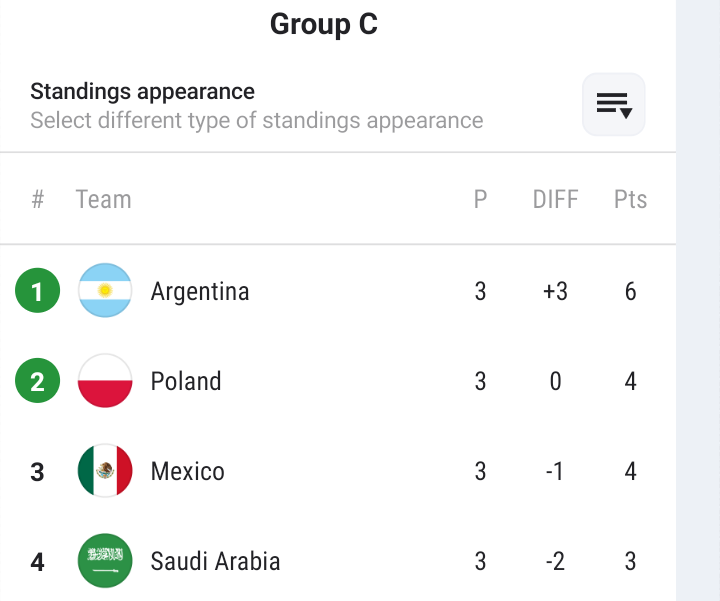 With a tie of six points each, France lead's over Australia with a difference of four goals which qualify the clubs to round of sixteen. Tunisia and Denmark were unable to win a ticket for round of sixteen hence suffered a knockout. 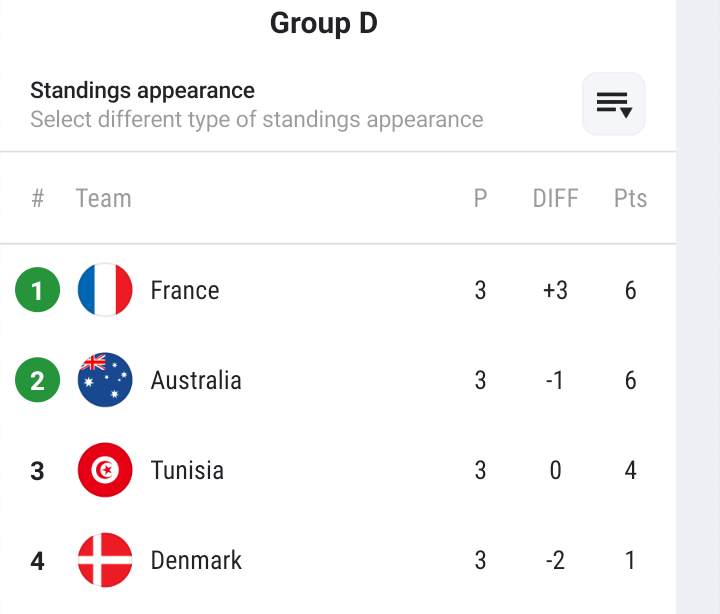 With seven points, Morocco dominates over Croatia in the second position with six points to qualify the countries to round of sixteen. Therefore, Canada and Belgium have been knocked out from group stage. 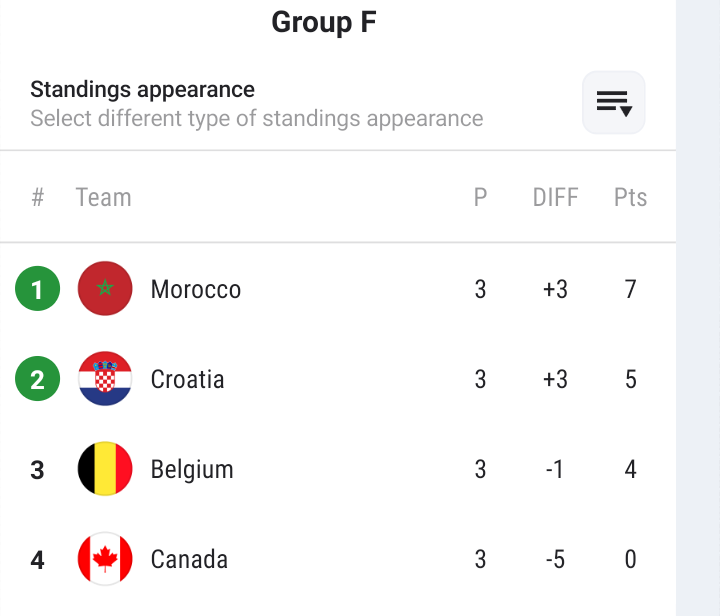 From the eighth group's, only five groups have completed the third phase as described above with fixtures recorded on the screenshots.

Only three groups to finalize. Group: E, G and H. Follow me for more news after group stage games end.