By @Mzalendo1 (self media writer) | 9 months ago 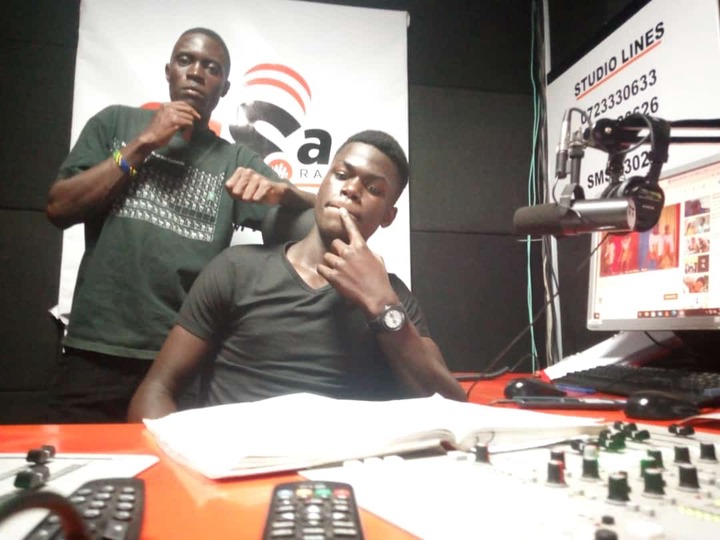 Wazalendo Rugby Vice Captain, Keith Wafula, while being hosted for a live radio interview disclosed the team's program for the year 2021.

In the lively interview held from 5pm, the current Wazalendo Vice captain was put to task to explain why the name Wazalendo was chosen, to which he responded," Most players here play the game out of passion and determination. Which are key pillars of patriotism."

He also urged President Uhuru Muigai Kenyatta, to step in and cushion Rugby players from the effects of the COVID 19 pandemic. This comes after the recent containment measures, greatly impacted sports leaving most rugby players in a bad state financially.

The interviewers then asked him if Rugby players use any drugs or muscle builders, to which he jokingly replied that rugby players only use legal things.

He spoke of the upcoming Friendly match between Wazalendo and their perennial rivals Mumias RFC, stating that the match will proceed when the government gives the greenlight. He compared the derby between the two teams with the mashemaji derby between AFC and Gor Mahia.

He also mentioned that Wazalendo Rugby, has launched a sports agency which will be incharge of all player transfers to other clubs at a fee of 25% of the transfer cost.

Most importantly he mentioned that the Bungoma Wazalendo team, will be participating in the nationwide league come end of the year.

On a lighter note, the interviewers asked him why alot of ladies love rugby players, to which he said rugby and women are like tea and sugar.

Huge Crowd That Welcomed Ruto And His Allies In Western-Photos

Facts About Kangaroos That Are Very Interesting