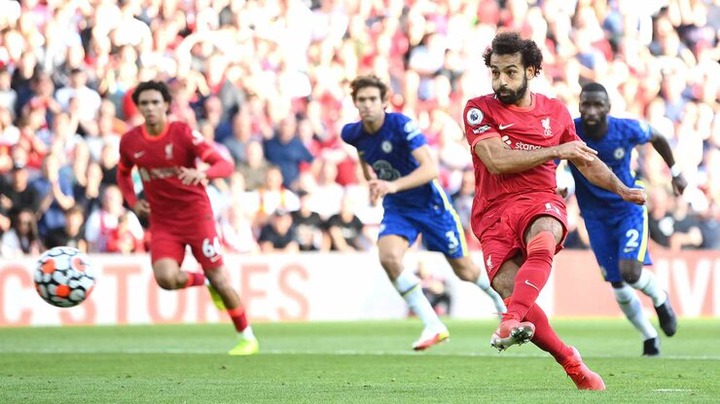 Chelsea fought back to earn a 1-1 draw against Liverpool at Anfield despite being reduced to ten men in the 45 minute of the game.

Due to the fact that this was billed as the first meeting of the season between two Premier League title contenders, the game got underway at a breakneck pace. Harvey Elliott and Jordan Henderson both came close to finding the back of the net for Liverpool early on, but it was Chelsea who struck first to put the game into a 1-0 victory for them.

The goal came despite the fact that Reece James' corner appeared to be too short. Kai Havertz looped a wonderful header over Alisson to give his team the lead. After that strike, the ‘Reds' appeared to be out of their depths until injury time in the first half of the game. A penalty was awarded by referee Anthony Taylor after James handled Sadio Mané's toe-poke on the line during a goalmouth scramble.

Following a VAR review, the right-back from England was dismissed and a penalty was awarded by the official. Mohamed Salah made no mistake in bringing the game back to parity right away.

Unsurprisingly, the presence of the red card altered the nature of the game. The majority of the second period was played in Chelsea's half, as Liverpool attempted to take advantage of their one-man advantage. In front of goal, Virgil van Dijk, Jordan Henderson, Fabinho, and Andrew Robertson all tried their best to beat Edouard Mendy, but the Senegal international was up to the task.

But all of those attempts were made from a distance, as Chelsea's compact defense made it difficult for their opponents to gain access to more dangerous areas of the field. Finally, Liverpool failed to exert sufficient pressure on the London club to reap any benefits.

Considering the circumstances, Thomas Tuchel will be pleased with the outcome, and will consider it a point gained rather than a point lost. Meanwhile, Jürgen Klopp will be disappointed that his team was unable to take advantage of their numerical superiority, which they held for more than half of the game, and win the match.