By Badmanbadman (self meida writer) | 26 days 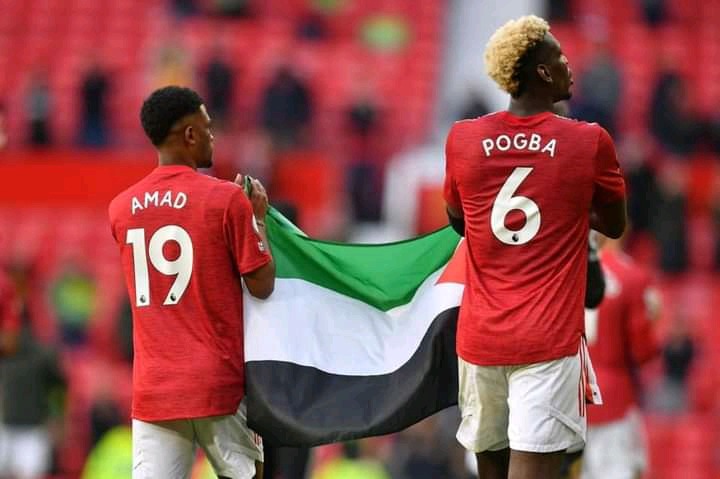 Yesterday man united played against Full ham a game which they drew despite a first half win from a brilliant goal scored d by Eduson Cavani ,Degea with the assist. Full ham Equalised at the 77 th minute and game ended draw.

It surprised many after game on what Pogba and the Young boy ,teenager Amad Diallo did. They were clapping for fans since they were back to the filed watching the game but a strange thing was they were carrying the Palestine flag .Both held one flag. If you know what Palestine are doing at easily a very serious war is on the ground where the Gaza wants to rule over the country. Many properties have been destroyed due to bomb blast thrown in tall buildings.

Ole Gunnar who saw what pogba and Diallo did he reacted after game in a shot interview saying the two boys are from different States with different cultures as well and the message they passing should not be taken for granted. This reaction confirmed that Ole supported them a thing me and I you will also support.