Three Serie A matches were played on Saturday, AS Roma shared points with Genoa after 90 minutes couldn't separate the two.

The match ended in a goaless draw positioning Jose Mourinho's side in position seven with 39 points in 24 matches while Genoa remained in the relegation zone having collected 14 points so far.

In another match played at Stadio Giuseppe Meazza (Milano), AC Milan came from behind and secured a 2-1 victory over the league's defending champions Inter Milan. Ivan Perisic put the host in front in the 37th minute after scoring a fantastic goal which was assisted by Hakan Çalhanoğlu. 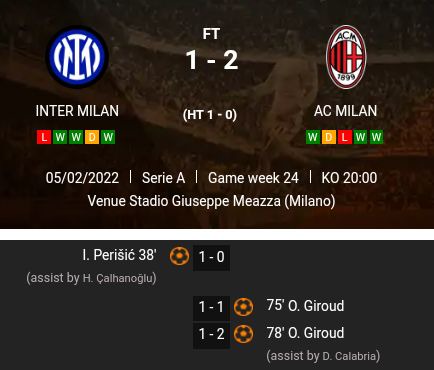 The went in the halftime break when the scores was 1-0 in favor of Inter. AC Milan resumed the game much stronger compared to the first half, Olivier Giroud netted an equalizer in the 75th minute before scoring the winner three minutes later.

Lazio secured a 3-0 victory over Fiorentina at Stadio Artemio Franchi (Firenze), Milinković-Savić, Cirro Immobile and Biraghi own goal gave Lazio the crucial victory which left them in sixth place having 39 points.

Atalanta have the chance to extend their run without defeat to five Serie A matches when they welcome Cagliari to Gewiss Stadium today.

When the two sides last met in Serie A action, Atalanta triumphed 2-1 at Unipol Domus in November. Mario Pasalic scored first for the Orobici in the sixth minute. Duván Zapata also was on target. João Pedro scored the only goal for the Sardi in the 27th minute. 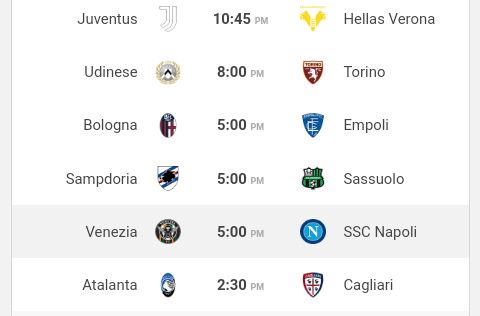 In another match, Venezia will host Napoli at Stadio Pierluigi Penz. When the two sides last met in Serie A action, Napoli were victorious 2-0 at Stadio Diego Armando Maradona in August. Lorenzo Insigne scored first for the Partenopei in the 62nd minute from the penalty spot. Eljif Elmas also was on the scoresheet.

Juventus will host Verona at Allianz Stadium in the final game of the day. 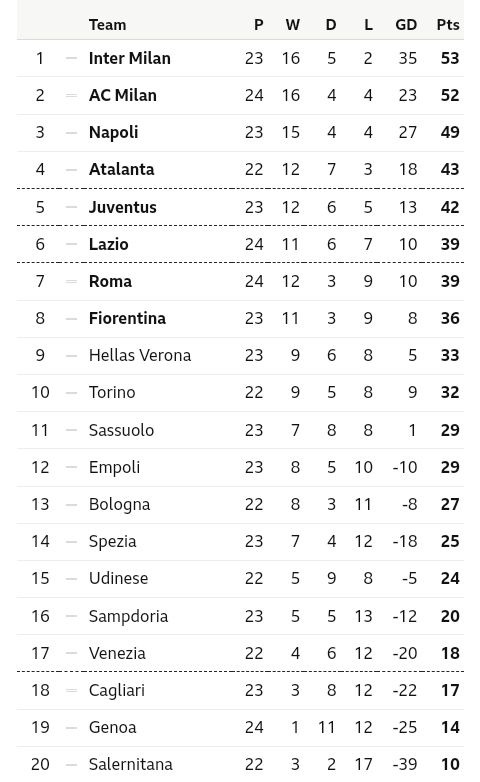 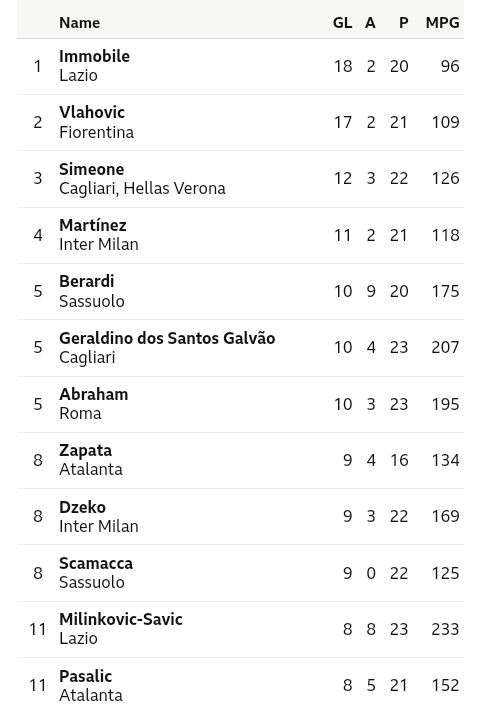 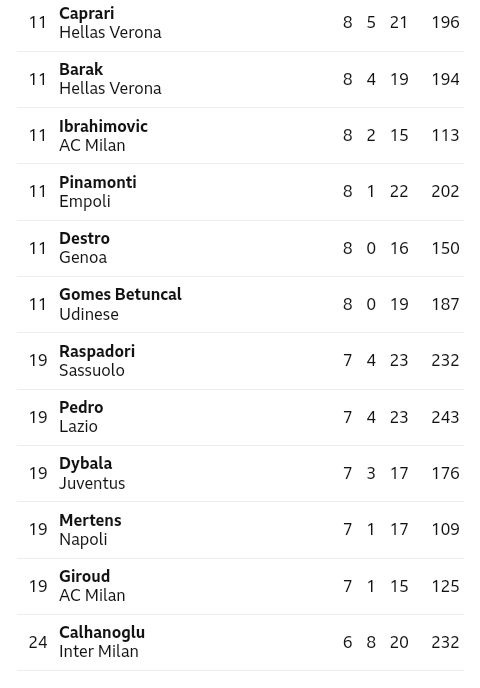