Arsenal sensation teenager Bukayo Saka has been on an impressive form this season, producing spectacular performances over and over again this season as an Arsenal player.

The English man has been a key player to the Mikel Arteta's side for months now ever since he was deployed as a right winger this season. Bukayo Saka has graduated from Arsenal's youth ranks to become one of the most important players in current Arsenal's his by his spectacular performances at the club. 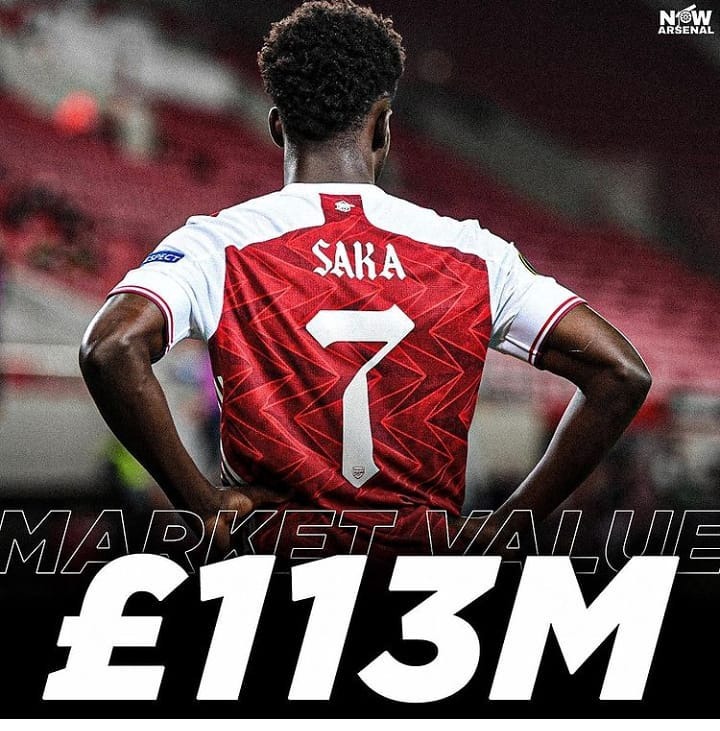 Bukayo Saka is valued around £113m making him the most valuable teenager in the world at the moment. Saka has become one of the most important player in current Arsenal team with his spectacular performance over and over again in both domestic and European competition.

Arsenal manager Mikel Arteta has stated the importance of Bukayo Saka in the Arsenal's squad and what he expects from him. Saka is expected to improve his form this season and become more of a threat on the right hand side of the field forcing star player Nicholas Pepe to be deployed as a left winger rather than his natural position of a right winger.

7 Super Predictions For The English Premier League This Weekend