1)The New Saints Vs Linfield(Linfield Win Or Draw)

Linfield have won four and drawn one of their last five competitive away matches.

Bolstered Blues are backable to cause an upset.

Qarabag are the seeded team here and reached the last-32 of the Conference League last season.

Qarabag are unbeaten in their last six Champions League away ties (Won 2, Drawn 4).

Polish clubs have an awful record in this competition in recent years. 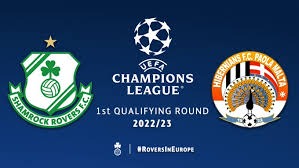 Hibernians have lost their last four Champions League qualifying matches, failing to score in each.

Hibernian’s captain, vice-captain and manager are suspended for the tie after ill-discipline last season.

Fewer than three goals have been scored in six of Shkupi’s last nine league games.

Fewer than three goals have been scored in three of Shkupi’s summer friendlies.

Fewer than three goals have been scored in three of Lincoln Red Imps’ last four European away ties.