Five English Premier League fixtures were played on Saturday across different stadiums in England. The first fixture of the day was between West Ham United and Chelsea. The Blues suffered their second defeat of the season as they lost 3-2 to West Ham. The results of the other fixtures played were; Newcastle United beat Burnley 1-0, Southampton drew 1-1 with Brighton, Liverpool managed a narrow 1-0 victory over Wolves as Manchester City thrashed Watford City 3-1 Well, there are several changes in the English Premier League table after all the Saturday fixtures were played. Manchester City are currently on top of the table with 35 points. Liverpool are closely behind Manchester City with 34 points. Chelsea who were leading have dropped to position three with 33 points. West Ham United have climbed to position four with 27 points after after their 3-2 win over the Blues. Closing the top five is Arsenal who have 23 points.

Below is the EPL table fixtures after all the Saturday fixtures were played; 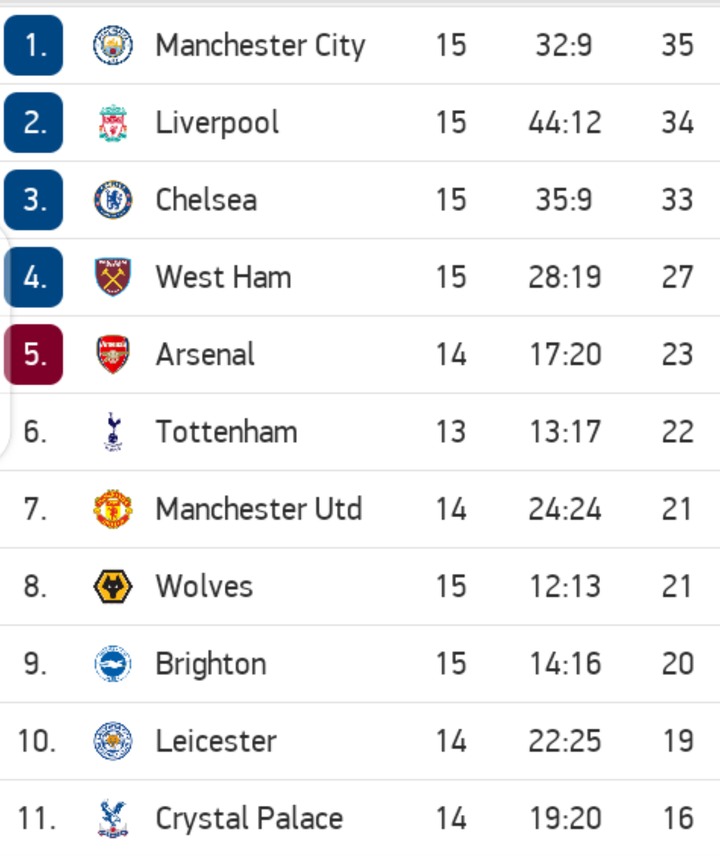 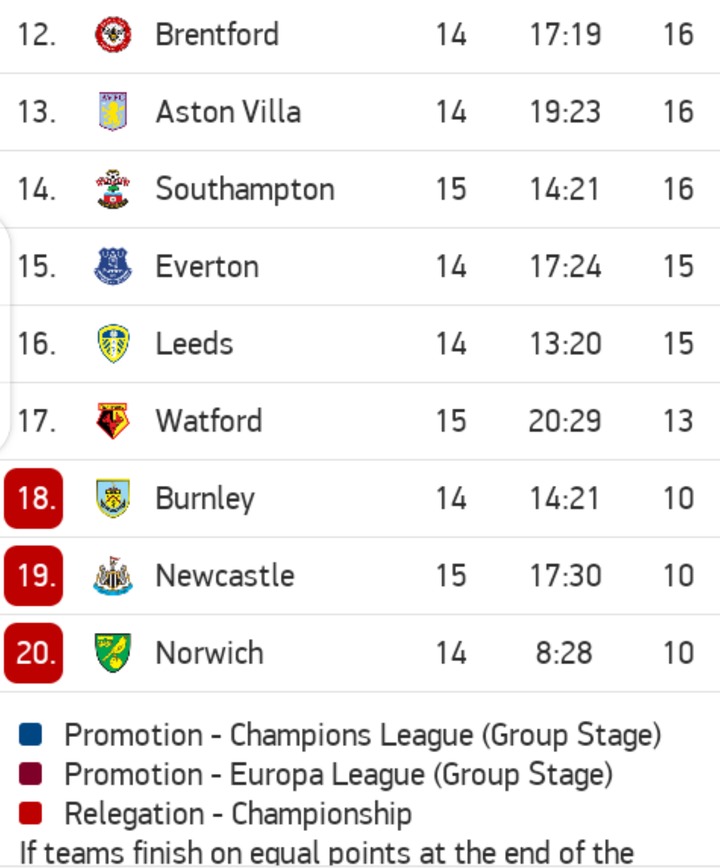